What a spooky, scary Monday we had. It was an unseasonably warm Halloween night and the Typical Clowns hosted the AFC Champs.
Only… 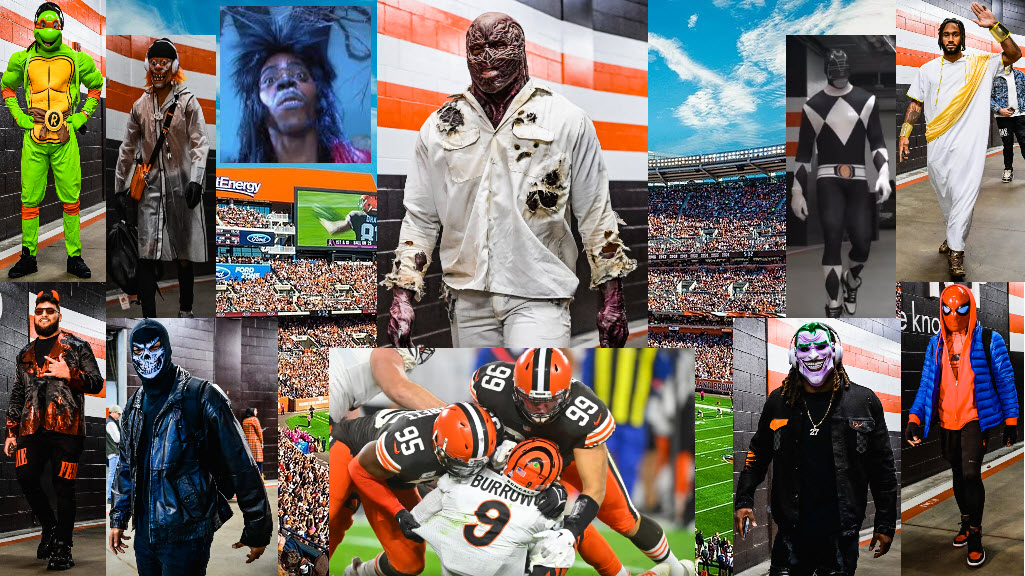 The biggest trick or treat of the universe happened. The typical clowns dressed up and performed like professional football players!? Jurassic Myles reminded everyone who said “HeS oVeRrAtEd” how dumb they are and to try and be less than a casual.
He also wore a spooky Stranger Things costume. This…this is scary!
In a derpy AFC North consisting of the residents sporting 5-4-3-2 wins I guess it’s still possible to get some purpose out of this season but Halloween is only once a year

Will the Clowns return after their restful bye, or did they perform some sort of dark magic on All Hallows Eve to rid themselves of the suck that they’ve displayed all year?
Stay tuned!

Week 8 TIME OUT! to Best in the World. Cosmic karma strikes again by punishing GJ with the weekly low of 71.74 after his mid-week recklessness. I will DAMN SURE carve pumpkins next October and post pics of them for him to see.

Week 8 TIME IN! to The Replacements. In a “down” year, Joe K still mustered his troops to drop almost 200 points (190.6) in his matchup against the current season point leader Lord of the Reamed. And just like that he’s sitting only 2 games out in his division with Dak back. The Replacements’ track record proves you can never count him out. I MEAN HECK, MAYBE FISH VISITNG WAS A GOOD LUCK CHARM?!

We had some more trades listed below:

Daws Boot sends away Amari Cooper, 2023 7th and 9th round picks to Poo Punchers for Marquise Brown, 2023 2nd and 3rd round picks

The Golden Boy Farm sends away Jacoby Brissett, 2023 7th round pick to Off the Team for 2023 6th round pick

Belicheckmate sends away 2023 2nd round pick to Best in the World for Mike Williams, 2023 8th rd pick

And don’t forget gang, the last day to make any trades for the 2022 season is Saturday November 19th. 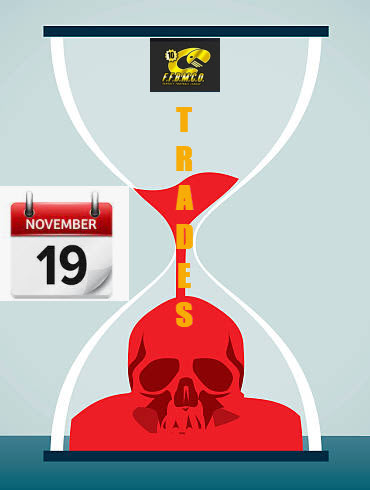 Now let’s see who wins a prize?!
Oh LOOKATTHAT it’s another Lutz brother.
LM’s Gamblerz takes the October reception challenge courtesy of @cheetah who accumulated 48 receptions during the contest (Cooper Kupp was a distant 2nd with 36).
Oh a Littleeeee Miiiiiichael gets a brand new Funko Pop figure. Maybe he will choose his older cousin (wearing his King of the cousins piece) on Halloween night protecting his front yard as we inch closer to Election night?

Geeze lawheeze it’s November! The month of eating. The next contest will run from tonight 11/3 – SUNDAY 11/27. Why not Monday 11/28 for Monday Night Football? Well because that’s SHHHHHHHHYBERRRR MONDAYSHHHHHH! The prize will be an Amazon gift card which will be sent out first thing Monday morning so that the winner can help subsidize their Cyber Monday shopping courtesy of their favorite dynasty league? What’s the amount? What’s the game? Wellllllllllllllllllll AHEM! 1/19!!!

The game is the FFBMCO individual started player who scores the most points in each week…so that would give us potentially 4 different winners right, spanning weeks 9-12?! AH AH AH! The 4 high point scorers for those 4 weeks are then ushered into a … WEIGHT OFF! The heaviest player will be the true winner!
Ex.) TTT (Tight Tua Tagovailoa drops a 69 piece on poor Poo Punchers this week and is far and away the week 9 high point scorer. But then in week 10, Big D N-C (Nicholas Batman Chubb) drops 45 pts. Since Nick outweighs Tua, Nick is the actual leader going into week 11. And so…the HEAVIEST weekly high leader may not be the actual overall point leader. But it’s Thanksgiving and that’s how we roll here in Plymouth.
The amount of the Amazon card will be the exact amount of points scored by the winning player. TURKEY TROT TANTALIZERS?!?!? 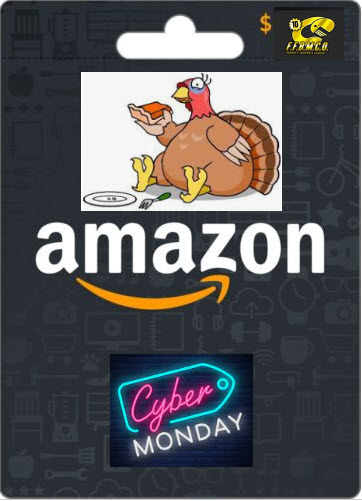