MILESTONES!
They are to be celebrated!
Our great league turns 10 this football season and to acknowledge that fact in a festive way we will hold the first ever FFBMCO League Outing! 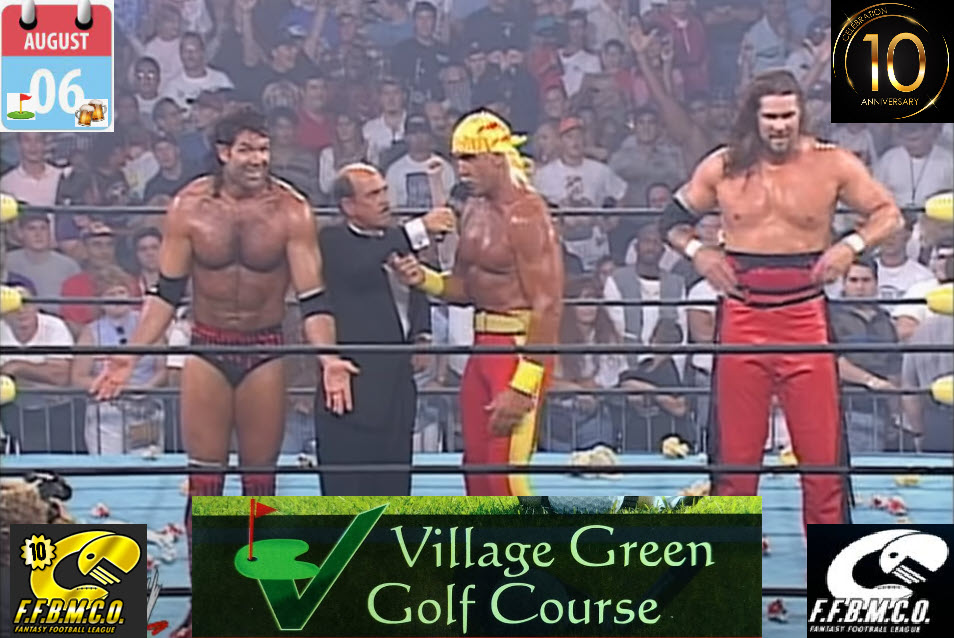 WHO: All 20 of us!!! If for some reason our FFBMCO brethren can’t attend we will contact our former players as needed as spot fill ins but hopefully all 20 of us can make it.

WHAT FFBMCO League Golf Outing. Scramble/best ball style. 5 foursomes randomly assigned with the kicker being each foursome will be made up of 1 A player, 1 B player, 1 C player and 1 D player. Each team will have the exact same makeup so all 5 teams should be very close in overall skill regardless of how good or sucky you think you are. The A-D tiers have been calculated and moved a few times over the years but it has been signed off on by the commissioners. Again, even if you have never played golf before that’s fine as your team simply plays the best ball and each team is constructed the same way so you won’t be stuck on a team of fellow non golfers.

Please note our B golfers are very good and even could possibly swap spots with some of the As. But this is just to illustrate that every team will be evenly weighted and there won’t be one super stacked team or one automatic L team. Those 5 leaders can take anyone on their backs and cruise to glory.

Also a fun fact is that the official color of a 10 year anniversary is silver. As such, there will be Nike Dri FIT Prime Polos available in gray (which kind of looks like silver) for purchase. Sizes run from XS – 4XL. It will have a swoosh on the left sleeve and the special 10 year FFBMCO logo on the left breast. A mock up pic will be posted very soon and orders will be placed in the next few weeks so that they can be distributed at this wonderful event.

WHEN: Saturday August 6th!!! The first Saturday of the month. Aiming for a 10:00am start.

WHERE: Village Green Golf Course in sunny Conneaut, Ohio. Conneaut Joe (The Golden Boy Farm) and Charlie Sweeney (Chuck Deal) will act as our official city/league ambassadors in the same manner Machine Gun Kelly was for the city of Cleveland during NBA All Star Weekend in February. They know all the ins and outs of Conneaut and we are #blessed to have them. In true Conneaut fashion, there is somehow no posted numeric address for this golf course, but I have played it multiple times so can vouch for it’s existence. 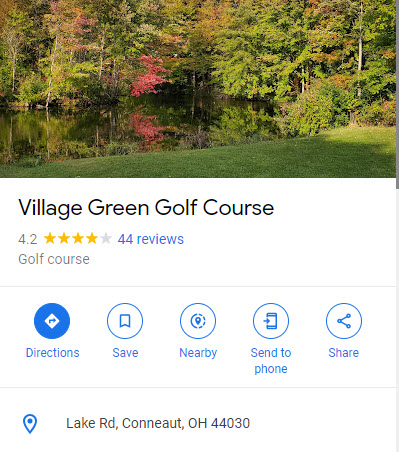 WHY: To celebrate a decade of knowing that we play in the greatest fantasy football league that ever did exist. Also networking and LinkedIn tips sharing.

HOW: Drive your car to Conneaut early enough to arrive to the golf course by 9:45. Carpooling out of Akron/Rootstown/Cleveland is also an option for anyone who so desires. The cost of 18 holes and a cart will be $40.

The cost of the Nike polos are TBD based on our final order count/sizes.

Teams will be randomly determined via rrrrrrandom generator on the interwebs.

If you don’t have clubs no worries, people have extra sets and this place isn’t stuffy so you can swing the sticks of the person you share a cart with if needed.

PLEASE ATTEND TO MAKE THIS A TRUE FFBMCO LEGENDARY EVENT.

Side games like skins etc. can be determined as well as prizes for the winning team and a possible makeshift casino post golf. Conneaut lodging if needed will be cheap as fuck at worst and completely free at best.

Be prepared to be texted in the coming days on this topic so we can cultivate the rsvp list and the golfer pool.

Enjoy the rest of the long weekend PEW PEW PEWWWWWWWW!!!!!