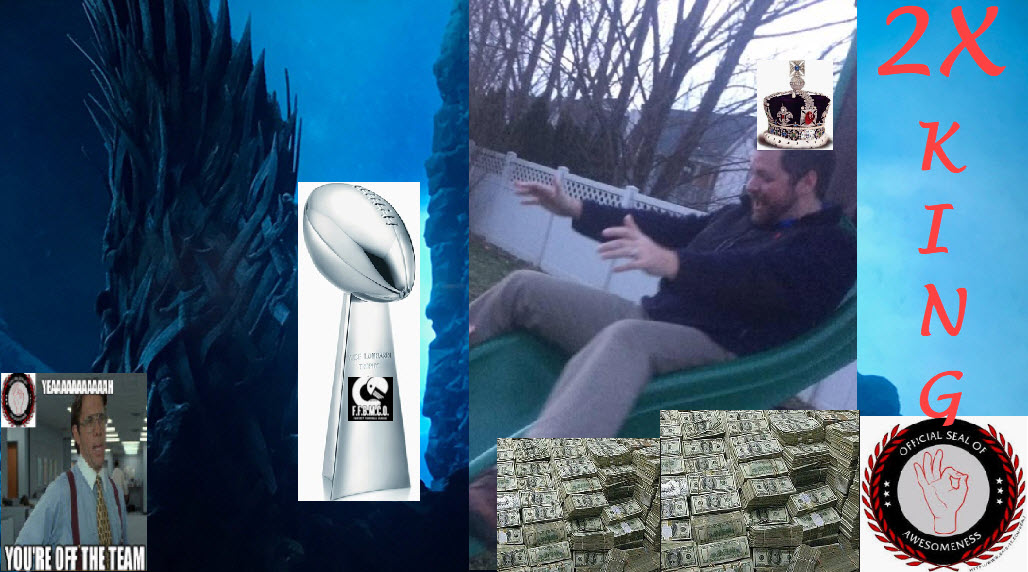 Many may not know, but Crez and his Off the Team Brotherhood Without Banners posses a little divine magic. Off the Team won it all in 2016. In 2017, they finished dead last. Everyone in Westeros save Lord Crez wrote that franchise off as dead. However he turned to the Lord of Light and realized he had the uncanny ability to revive the dead, to bring dead things back to life. He did just that during the summer of 2018 and he was rewarded with $600 big ones by December of 2018.
From worst to first. The battle cry of Off the Team all season last year. From dead to very much alive and not only alive but thriving. Seven Blessings to Crez & Off the Team.

League scribes sent many ravens to Wadsworth to get FFBMCO’s newest King to provide a handful of random anecdotes for the rest of us. The reigning King of FFBMCO scrawled his remarks in a bolded print from a black Crayola crayon.
Here they are in no particular order:

1.I lose at keg races. I don’t lose in FFBMCO Championship Games.
2.The most fun I ever had was when my family and I went to the Cavs Championship parade because of what it meant for everyone. Strangers hugging each other. Crying tears of joy. Just the pure jubilation that was in the air. It was the second best championship parade I ever been too. The best was when I became the first ever 2x FFBMCO Champ.
3.The last time I went out was a couple of weeks ago. Daws Boot and I knocked a couple back in good ol’ Wadsworth.
4.The last thing I purchased was PVC pipes from Lowes. Felt like building a backyard water slide cause its too damn hot out to leave my property.
5.I think marriage is awesome.
6.I am worried about my son growing up an Ohio State fan. Go Flashes.
7.I am confident that Kent State Football will break my heart this year.
8.I believe in a thing called love…. just listen to the rhythm of my heart.
9.I am confused that people mistake my confidence for arrogance. When I won my first FFBMCO Championship, I told all of you I would be the first ever 2x Champ. I wasn’t being cocky, I was confident in the team I built. Confident that we will be a steady contender for years to come. Now listen up. I am going to tell you something that the history books will look back on with great joy. I will become the first ever 5 TIME 5 TIME 5 TIME 5 TIME 5 TIME FFBMCO Champion. That’s not a prediction, its a spoiler. Whether you like or don’t like it, learn to love it.
10.I find it easy to win Championships in FFBMCO, bring on season 7.

Let us bend the knee to the King of FFBMCO. Though Off the Team has been reigning since December, his official coronation will take place at historic Ray’s Place in Kent at a to-be-decided date in the very near future.

Off the Team making history is indeed a reason for celebration, but lets not turn a blind eye to all of the controversy the league went through in it’s 6th season. There’s no need to place blame or judgement but FFBMCO was in the thick of it as far as angry mob inducing fantasy football turmoil goes. Like the legend of the phoenix, we will rise from the ashes.
League Maesters went on a soul searching retreat in The Citadel and decided to use everything that occurred last season as lessons to be learned so that FFBMCO can continue to be the greatest Fantasy Football League in the history of man. 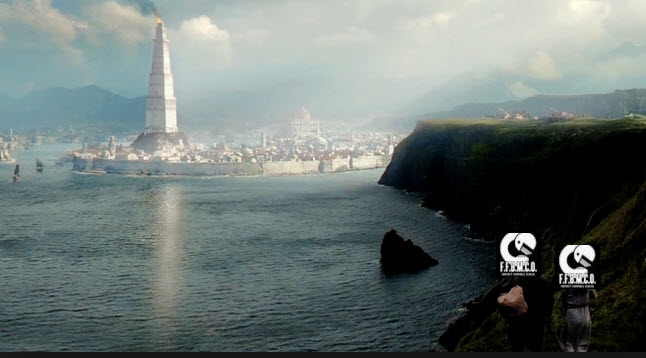 In addition to addressing what happened in the past, league Maesters brain stormed possible tweaks to help bolster the future and keep the FFBMCO brothers as civil and pleasant as possible.
With that said, please review the items pertaining to the past below:

Fact: A paid owner of FFBMCO may manage their team as they see fit if it will benefit them in the present or future. This includes “tanking.”
For the official league stance you can read this – “As each owner in FFBMCO has paid their entry fee, they can manage their team as they see fit for strategic purposes. As long as an owner is starting active players in their lineup each week then there will be no penalty. Please note that if there are empty slots or inactive players in a starting lineup with capable bench players on a roster, the owner will be subject to penalties.” For reference, this is available here – http://ffbmco.com/rules/ under the TANKING heading.
New Tweak: Though tanking is not illegal, we don’t want to be in a league full of people not trying. So as a way to disincentivize tanking, there will be a new Bottom Feeder Fee which will supplement the cost of the annual champion trophy engraving.
Details: The FFBMCO OWNERS OF THE 5 WORST TEAMS WILL EACH PAY A $10 FEE. This is based on record 1st and then points 2nd if there are teams with the same record. This is regardless of whether the team had injuries, bad luck, or a true tanking mindset.
The Bottom Feeder Fee details will be entered into the FFBMCO rules section before season 7 gets underway.

Fact: “Rental trades” were introduced to the league last year which polarized the owner base. This action was outlawed via owner vote and will continue to not be permitted in our great league.
For the official league stance you can read this – “Rental trades are not permitted. A rental trade is defined as: A deal between two teams in which the same NFL player is moved between the same FFBMCO owners in more than 1 transaction in a single FFBMCO season.
If you acquire something from an owner, you live with it for the season or find one of the other 18 owners in the league to make a deal with to rid said acquired asset.” For reference, this is available here – http://ffbmco.com/rules/ under the RENTAL TRADES heading.

Fact: A starting player was dropped promptly after a teams season ended. This move did not result in any improvement/success in neither the short term nor long term for that team and was done with intent to spark chaos and controversy.
New Tweak: The commissioning unit will have the ability to instantly boot someone from FFBMCO for moves made out of some other purpose than improving their franchise.
Details: If it is unanimously decided by the commissioning unit that an action took place deliberately and or with the intent to do anything other than improve that specific franchise, that owner’s team will be:
1. locked for the remainder of the season
2. ineligible for any monthly or season prize
3. commissioners will edit the starting lineup each week based on highest rostered players’ projections to avoid any “automatic” victories for opponents
4. owner permanently banned from league and replaced with someone new the following season
5. owner not refunded any money
*League Maesters understand that it’s hard to prove intent, but that is precisely why there is (at minimum) a trio of commissioners using their experienced battle tested brains and lifelong analytical skills to determine what was at play.*
If it is unanimously decided that a move was made with the purpose of anything other than improving their franchise, that owner will be banished from FFBMCO and exiled to live out their fantasy football playing days with the Stone Men.
Rider: The league commissioners will reverse any move/transaction in the above outline. If a second player benefits from the action performed in the above outline, rest assured that the league will reverse whatever happened and lock the culprit’s roster for the remainder of the season.
The Insta-Boot details will be entered into the FFBMCO rules section before season 7 gets underway.
Reminder – The 3rd commissioner is voted for every year by the owners
Reminder – The 3 Strike Policy is still in play for honest mistakes
New Tweak – In an effort of good will, any/all strikes have been washed and all owners have a clean slate of 0 strikes!

Now that that’s out of the way, please read the items pertaining to the future below: 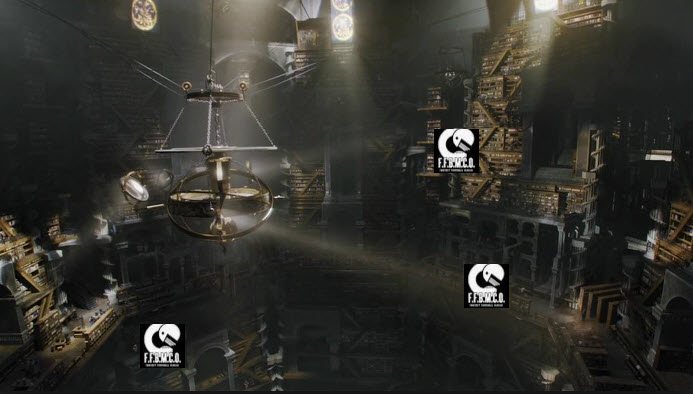 Happening: A new trophy base. After 6 champions (Brick Tamland, Default Team Name (d), Best in the World, Off the Team, LM’s Gamblers, Off the Team) our modest trophy base has been filled.
The skilled metalworkers from Fleabottom have told me not to worry and that a new, bigger and better base will be mounted to the bottom of the existing historic original cup.
Whoever wins FFBMCO season 7 will have a gaudier trophy to take home.

Will it happen? It’s up to you! (Poll): Should missed PATs count as -1 for kickers?
Please vote on the site poll!

Will it happen? It’s up to you! (Poll) Should we expand our rosters by 1 slot to include a starting position of Individual Defensive Player (aka IDP)?
Please vote on the site poll!

Will it happen? It’s up to you! (Poll) Should we add to our scoring to include special teams yards?
Yahoo Notes –
-Special teams can only get points when they return the ball.
-Trick plays don’t count towards special teams scoring and instead goes to the player who scores the touchdown.

Woo, let’s all exhale together.

The 2019 football season and FFBMCO’s 7th season is circling over us like 3 intimidating dragons. These polls will be open for 7 days. At that point, majority rules for each topic.
If there is a tie, those will be decided on by the 2019 version of the commissioning trio.
Speaking of…as usual, any FFBMCO owner who wishes to be a 2019 commissioner candidate will answer a canned set of questions and have their replies anonymously published. The 2019 Commissioner Poll will be posted one week from today and will be open for one week upon being posted.

So, that was a lot to take in. But the time to make FFBMCO’s LUCKY NUMBER SLEVINth season a wonderfully enjoyable one is now upon us! 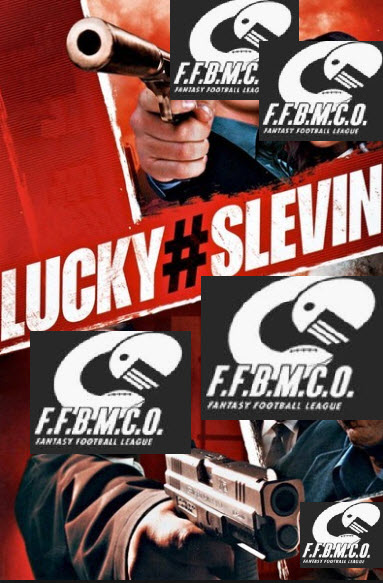 For your convenience, here is a handy DATES TO REMEMBER list:

Thanks for all that you do and for just being you.

Finally, as you know FFBMCO recognizes life milestones. This offseason, 3 young sons were born to 3 of our owners…all of which share a division!? Not only do they enjoy playing fantasy football together, they also enjoy impregnating women at roughly the same time of year. Well done lads. Welcome babies 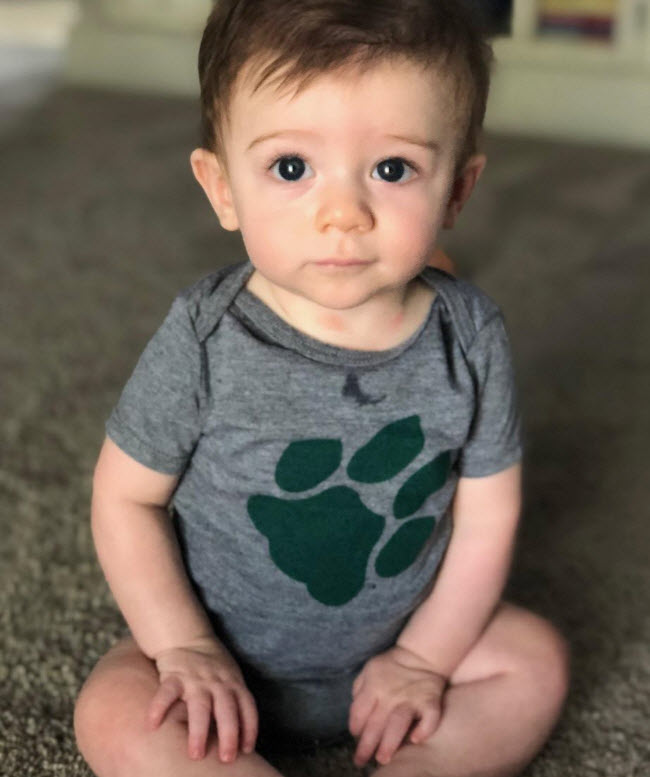 & Arthur, of House Stand Your Ground 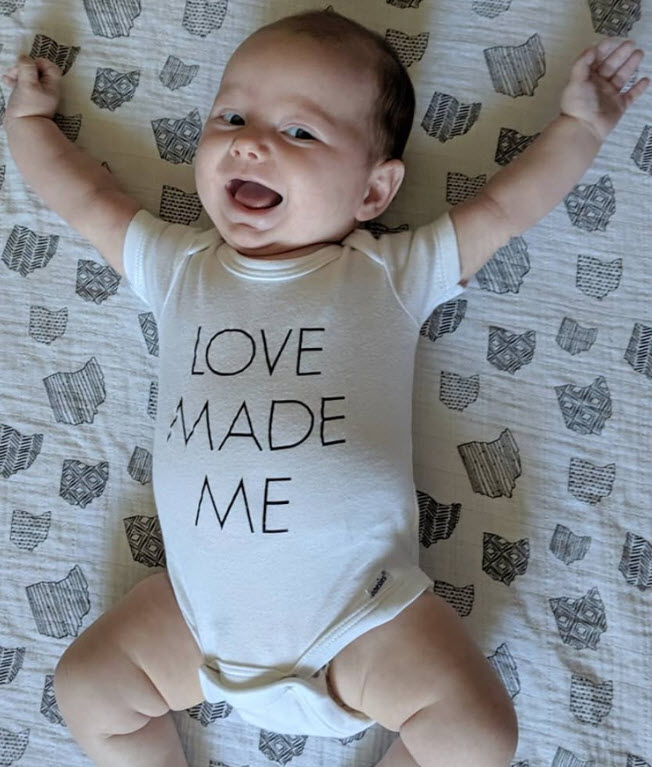 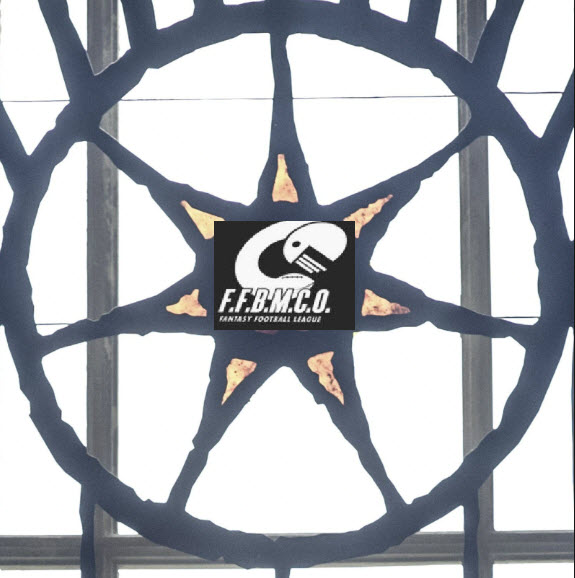