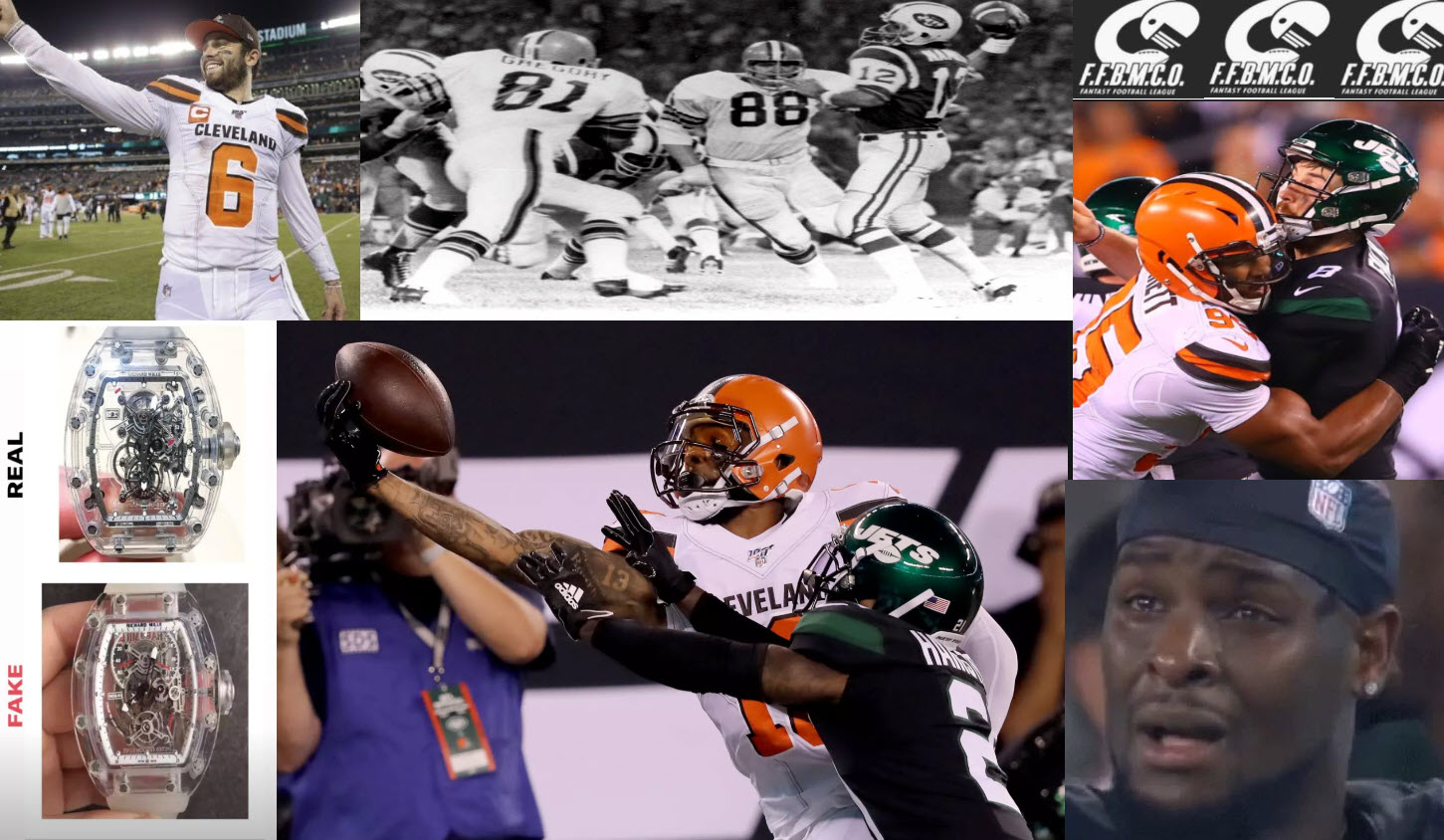 Back in 1970, long before any of our 20 owners were born, the NFL launched an experiment created by the late non-great Arthur Modell. That experiment was Monday Night Football. The Browns smacked around the Jets under the lights on a weeknight during PRIMEEEEEEEEE TIMEEEEEEEEEEEEEEEEEEEE.
Fast forward 50 years later and the Browns visited MetLife and imposed their defensive will on the J-E-T-S-BEATS-BEATS-BEATS in a 23-3 victory. There were other stories too. Fake watches, clear but not clear enough visors, poor offense for most possessions, Myles Garrett being a ferocious dinosaur, a crying LeVeon week 2 into his new happy beginning. At the end of the day, the Browns even their record to 1-1 and that’s all that matters IRL.

Seven Blessings to Iron Throne holder Off the Team. Our repeat King scorched Westeros with 188.42 points reminding us all that nobody quite beats Off…the Team.

To the Wall to wise league co-creator and commissioner Chesty McDoon’s who was the owner of the week 2 low with 60.92 points, though 3 other teams scored in the 60s this week. I can’t tell what sounds like more fun, going golfing with your kindergarten aged child riding in the cart with you the entire time or scoring 60.92 points in an FFBMCO matchup?

No movement on the September side game, no IDP scored more than the 20 that LM’s Gamblerz notched in week 1.

A hearty Seven Blessings to old Conneaut Joe for pointing out the fact that the lifetime points weren’t entered last week…fear not! That has been corrected and the updated standings and points are below:

And not only that, Conneaut Joe pitched a FOOD for thought (Cooking With Joe, BAMMMMM BITCH!) to the commissioning unit. The topic? Adding $100 of fake Yahoo money to our teams for auctionable FA acquisitions starting next year. For folks not familiar, the waiver wire order (shittiest to tightest) will always be in place. However, if the shittiest player makes a claim on player Damian Ratley and does NOT add any additional money to that claim, and someone who has a tighter record makes a claim on the same player but DOES throw a monetary amount on the claim, the tighter player would receive that player. In that same example, if a 3rd player made the same claim and threw a larger amount of fake money on the claim, he would receive that player etc. etc. etc.

So the question is (NEW POLL ALERT), starting next season, should we add this fake monetary auction feature to FFBMCO?
Please vote, this will be open all regular season long.