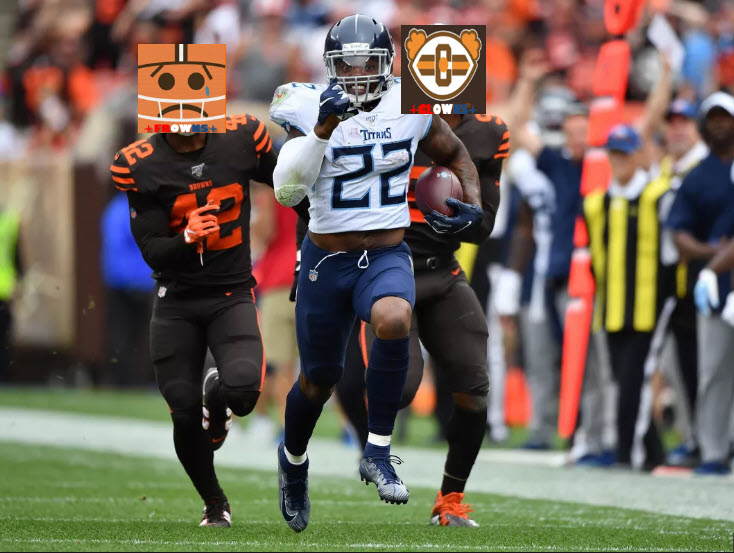 The Cleveland Browns had a promising season in 2018. They showed grit and fight and promise. This offseason, they stacked the proverbial deck by adding big names on both offense and defense. Everyone was all aboard the 2019 Browns train, national pundits included! A gorgeous sunny Sunday arrived on September 8th for their first game of 2019 and just after 1:00pm eastern, the Browns morphed right back into the Typical Clowns. 1 week 1 win in 21 tries is…not great. Not even having 20% of our own league in attendance could help the cause here..the Typical Clowns typical clowned. FunkyEngineThatCould, Team Punisher, Leonard Washingtons, LM’s Gamblers & Dirt Mane shotgunned beers for naught. Fool me once, shame on you. Fool me 20 out of 21 times PLAYOFFS?!?!?!??!?!?!?!

As we know, FFBMCO is in year 7 but the new Postseason Continuation Contest is in year 1. In it’s inaugural year we have 6 contestants for a side pool of $120.

Best of luck to the 6 warriors.

SEVEN BLESSINGS to The Replacements for dropping a whopping 160 points in week 1 to kick start their campaign. Owner Joe Kline 1st got hitched, then got a dog, and now he’s going to be a dad soon so he’s not taking any prisoners.

TO THE WALL with Timmy Derp’s Derpers as he excreted out the week 1 low of 53 points. After a promising draft, his young team really shot themselves in the face with a cannon and asked AREN’T WE GREAT CHARACTERS?!?
The maesters of The Citadel are scouring the archives to see if this is the first time the high and low both had nice whole number scores in the same week. Bless those maesters.

For folks that weren’t paying attention, there was a myriad of draft night trades involving 954 Vice City, Dirt Mane and Leonard Washingtons. At the end of the day, Dirt Mane cashed in his #1 overall pick for James Conner, 954 Vice City got Dede Westbrook, Austin Ekeler, Kyle Rudolph and Denver D, and Leonard Washingtons got QB of the future Kylie Jenner…I mean Kyler Murray with Shady McCoy and Matt Prater

And that’s not all folks…Nick “I have the itchiest trigger finger in the history of FFBMCO Tri-State Hate” Haithcock also made another move after week 1 action sending Austin Ekeler and his 2020 9th round pick to The Golden Boy Farm for Dion Lewis, Marcus Mariota and Conneaut Joe’s 2020 2nd round pick. For the 3rd time it looked as if the Golden Boy Farm was finally overrun with weeds only to have a golden trade offered to him to keep his success rolling right along.

League activity at it’s finest and we haven’t even started week 2 yet! RIP Andrew Luck!

As previously announced, the September prize of an NFL House Banner will be awarded to the team whose IDP scored the highest single game amount. Currently, that stands with LM’s Gamblers and Cory Littleton’s 20 point bombardment.

Let’s all eat husky snacks on Monday as the Browns travel to MetLife to take on the Jets in a pretty much must win nationally televised game…WHAT COULD GO WRONG?!?!??!