A win is a win gang. The Browns traveled down to Florida, stormed into the Jaguar dealership and said GIMMIEDEM COOKS! Stole some whips and then ran over the Jacksonville Jaguars on their home turf. And just like that your 2020 CLEVELAND BROWNS are an astounding 8-3, still their best start since the 1994 season which was also the last season that they won a playoff?!?!? game. YUUUUUUUUUGE game this Sunday vs the Titans. Keep those frowns at bay by burying those typical clowns and let the Cleveland Browns play!!!

The journey has almost concluded. 12 weeks flew by in the blink of an eye and we are staring at the last slate of regular season games for FFBMCO season 8. Teams that are no longer in playoff contention are:

5 other teams have clinched 2020 playoff berths with seeds still TBD:

Meaning luck needs to be on the side of the 5 remaining teams, as 3 of them will pack their things up and call it a season after Monday Night Football:

All of that said, we still don’t even know who will own the first pick of the 2021 draft. It will come down to Stand Your Ground and King of Cleveland.

Best of luck to everyone playing for something. And for those of you who aren’t, let’s revist the revamped Side Hustle Game. 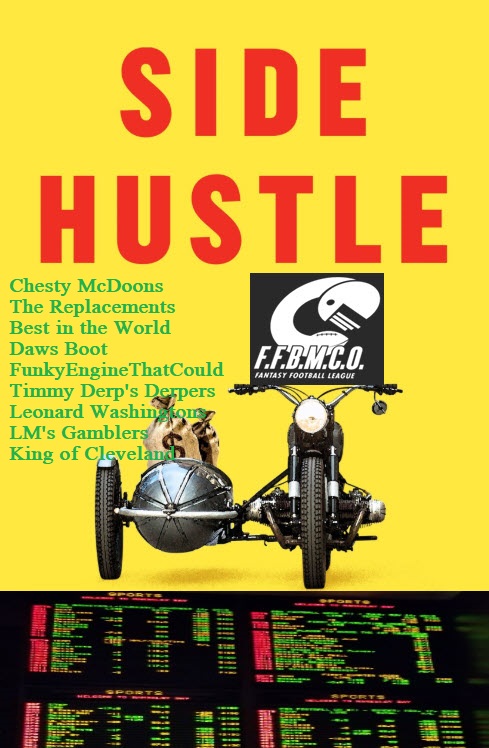 The contest starts with the Wild Card round of the 2020 NFL playoffs and concludes when Super Bowl LV ends.

player on the FFBMCO side hustle participant’s roster (starting is irrelevant) that is participating in the NFL playoffs will be scored and tallied up.

The player with the highest sum at the conclusion of the Super Bowl takes the money.

*Note* As always, non playoff FFBMCO rosters will be locked as soon as Monday Night Football concludes on 12/7 so if you aren’t in the FFBMCO postseason, your side hustle roster will be set.

The last minute blockbuster trade featuring Alvin Kamara and Tyreek Hill had a dooze of a ripple effect! Leonard Washingtons was comfortably leading the November contest for the duration UNTIL the Chiefs squared off against Tom Terrific where Hill had a stat line of 13 catches for 269 yards and 3 TDs. This resulted in an obscene 68.4 point performance by @cheetah which then resulted in LM’s Gamblers coming from behind to sit atop the mountain.

Little Michael, owner of LM’s Gamblers, has elected to stay cozy and safe with the Cleveland Browns Heather Grey Big Logo Hooded Gaiter from our friends at FOCO – 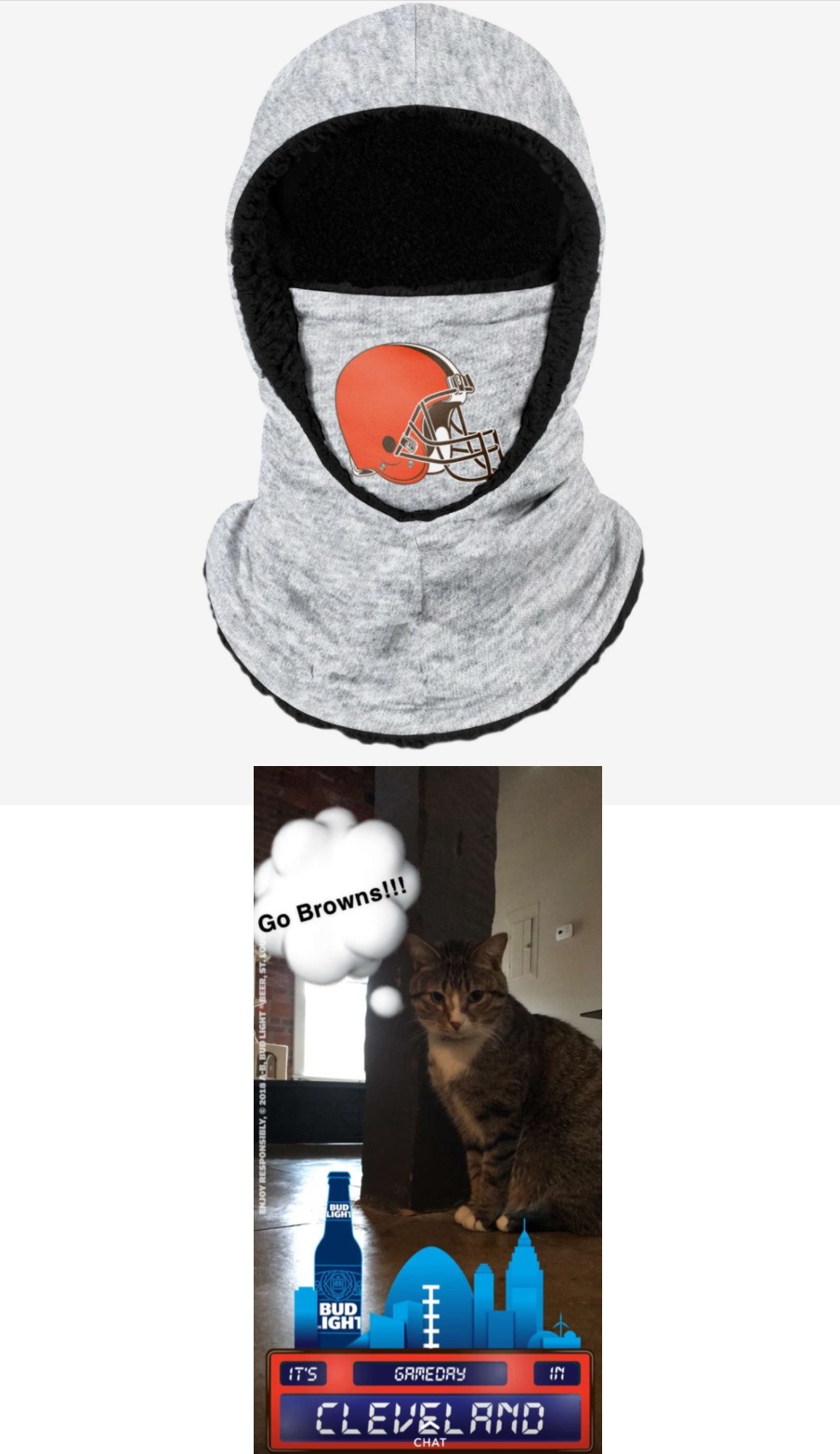 Since this is the last week of the season (frown face), the final contest is a one-off. These week 13 batch of games are all that figures into who wins. Right now, if the NFL playoffs?!?!? started, then the Cleveland Browns would be participating for the first time since 2002.
In order to DEFEND that playoff berth, this final contest is simple and defense focused.

The team with the highest combined points of starting DEF + starting IDP wins. What is the prize? Well tis the season to make wishes come true. The winner gets to choose anything his heart desires with a pre-tax/pre-ship cap of $25 and it will be shipped to him in time for the holidays. If the winner asks CaNt I jUsT hAvE tHe MoNeY the answer will be a no, though the winner could elect to hop into a $25 FanDuel game with the team/contest of his choice and can then have the 25 + winnings sent over. HO HO HOOOOOOOOOOOOOOOOOOOOO!!!

Week 12 HURT to Dirt Mane whose 68.98 sum was the weekly low. We haven’t heard much from Dirty Dilg this season but he did spend the 2020 #1 overall pick on a player with a hyphenated name, and for that we salute you.

Week 12 HEAL to Lord of the Reamed, again, who piled up 151.58 points and is really jazzed that he can spread his Christmas cheer by singing his vulgar carol remixes for all to hear (Silver and Gold = Bitches and Hoes, Wonderful Christmastime = Wonderful SlutBangingTime, etc. etc. etc.)

Our comeback franchise award is now whittled down to 2 teams:

If there is a tie in improved record, tiebreaker will be season points.

And with that, here are the standings through 12 vicious, pandemic ridden weeks:

BROWNS WATCH JAG MARATHON ON USA, GO ON TO BEAT JAGUARS ON ROAD