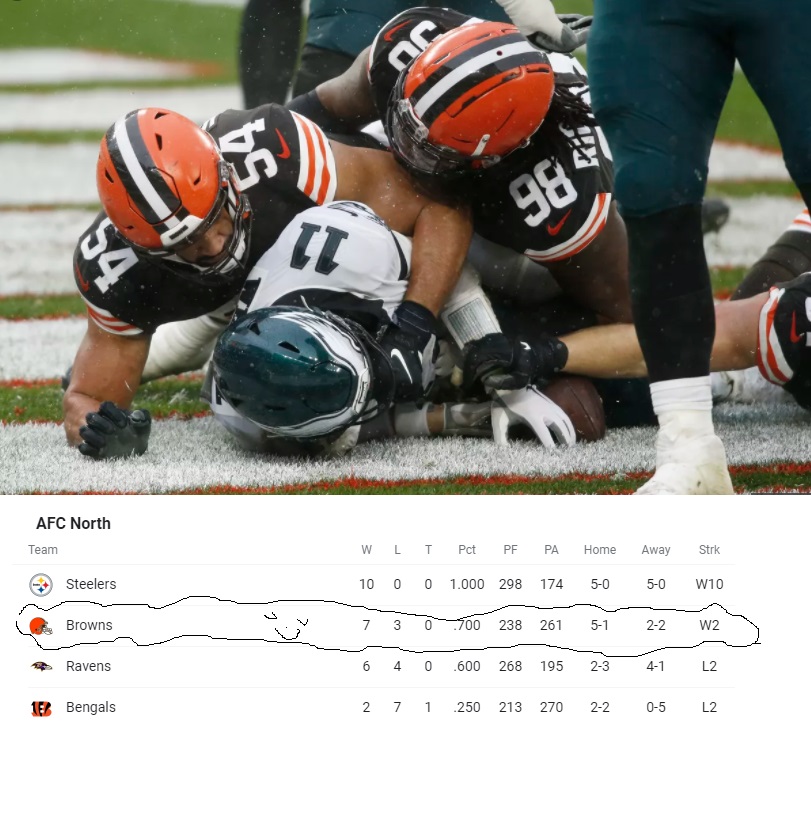 The Gang Attends a Browns Game!
Hey Philly…SACKS to be you, huh huh!
No Myles, no matter for the Cleveland Browns’ ability to pressure Carson “anyone out there still think I’m a franchise QB?” Wentz in a soaked First Energy Stadium. Olivier Vernon must have stayed up all night reading Oliver Twist because he was a terror off the line in Myles’ absence. There was no Lizard Lot sightings, save the post – game presser rap quote, but there was also no Typical Clown showing. In so many years prior to being led by Sexy Stefanski, the Browns would have lost all of these “weather games” while making all aspects of the team look pathetic. It looks like the Cleveland Browns are really striving to permanently be present. Hats off to them because now, on Thanksgiving week, for the first time since 1994, THE CLEVELAND BROWNS ARE ROCKING A 7-3 RECORD while sitting in 2nd place in the AFC North. If the playoffs started today your Cleveland Browns would be in! PLAYOFFS!??!?!?!?!

In the event of two or more teams on the same side of the conference having the same record, the tiebreaker is head to head record. The next tiebreaker within the division would be total season points. If needed the 3rd tiebreaker would be common opponent record.

So if the 8th annual FFBMCO playoffs?!?!?!? were to start today, our four Frowns playoff teams would be: 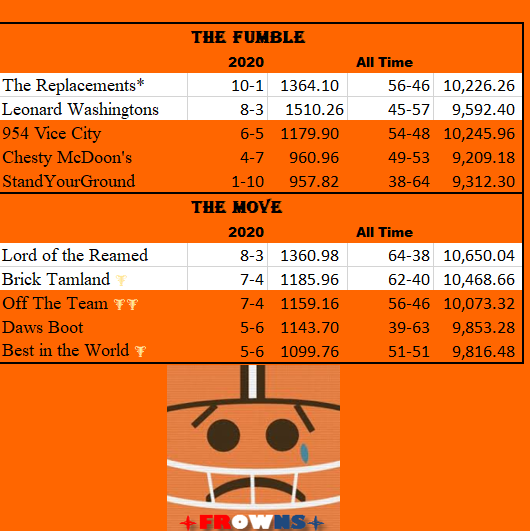 And our Frowns PLAYOFF?!?!?!? matchups would be 1.) The Replacements (the division leader with the best record of the two) vs 4.) Brick Tamland (the lowest qualifying Frowns playoff team regardless of division) 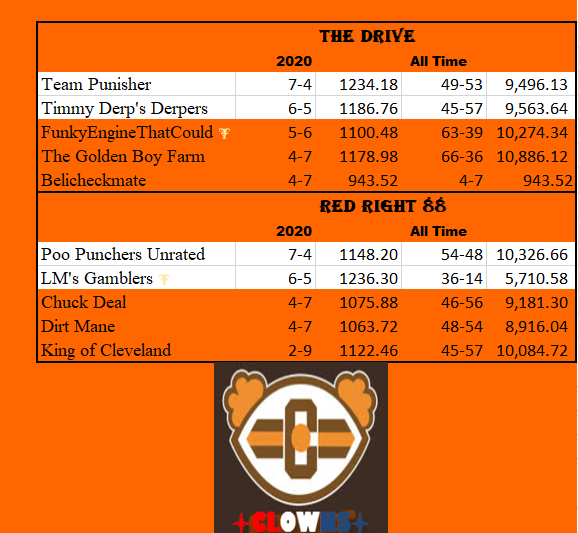 Do we all understand? I feel like there’s a very less wordy way to explain the above but ya know what? I just have turkey on the brain so YOLO. Gobble gobble goo and gobble gobble giggle!

With all of that, FFBMCO would like to formally announce we have our first team that has clinched a postseason berth. A big round of sound for the defending Frowns champion; The Replacements!!!!!!!!!! 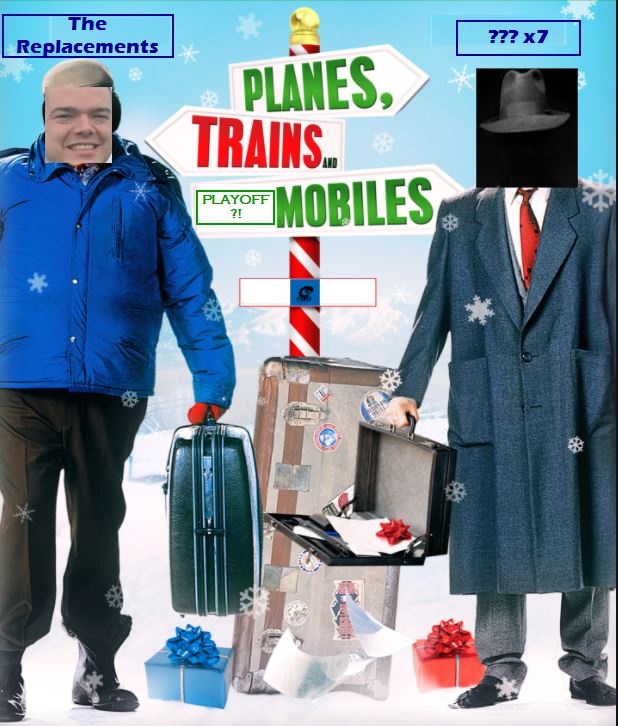 PNC Joe, Pittsburgh Joe, P-A Joe…whatever you call him, you can call him the only dude who is mathematically guaranteed a COVID-19 PLAYOFF?!?!??! run.

Chesty McDoon’s and King of Cleveland join StandYourGround in the Senior Bowl scouting section. That means 16 other fates are still yet to be determined with 2 weeks of regular season action left. Good luck to all!

Now on to the standings of…

Week 11 HURT to oh no…not again…Chesty McDoon’s. What can we say about your 2020 campaign that hasn’t already been said about the Coronavirus? 68.30 was the low for the week. C’MON MAN!

Week 11 HEAL to Lord of the Reamed who had the weekly high with 170.94. I don’t know if it’s the cool autumn breezes, the Lord of the Reamed players returning to full health, or the lifetime subscription to Cemetery Sluts, but Adam Danny Tillett has his squad in shape and his confidence is ARGH!!! GROWING! each week.

There have been some more votes tallied up over the past week. If you have not voted for either of the issues, please do so. Voting is a founding principal on which we were founded.

Well brothers, as always FFBMCO wishes you and yours a healthy and happy Thanksgiving especially during these trying times. If you run into any sort of unpleasantness tomorrow, get funky at the table like an old batch of collard greens.

Peace be with you.
And also with FFBMCO.
Let us show each other the sign of the 2020 standings…

THANKFUL FOR BEING IN 2ND PLACE