THE CLEVELAND BROWNS EXIST! OUR FIRST WINNING SEASON SINCE THE PLAYOFF?!?!-LESS 2007 CAMPAIGN IS ETCHED IN STONE REGARDLESS OF WHAT ELSE HAPPENS! SEXY STEFANSKI IS A LOCAL HERO! BAKER MAYFIELD FINALLY SHED HIS SKIN AND ONCE AGAIN BECAME THE LIZARD KING! NICK CHUBB AND KAREEM HUNT SHOULD HAVE A POSTER WHERE THEY ARE STANDING SHIRTLESS BACK TO BACK WITH THE ARMS FOLDED AND STERN LOOKS ON THEIR FACES! THE BROWNS BITCHSMACKED MIKE VRABEL AND HIS PRECIOUS TITANS IN NASHVILLE IN A GAME THAT WASN’T AS CLOSE AS THE SCORE MADE IT LOOK! LET’S ALL BUCKLE UP AND YELL PLLLLLLAAAAAAAAAAAAYYYYYYYYYYYYYOFFFFFFFFFFFFFFFFSSSSSSSSSS?!?!??! AS LOUD AS WE CAN FOR THE NEXT 4 WEEKS AND HOPEFULLY THEN SOME!!!!! BEYAWWWWWWWWWWWWWWWWWWWWWWW!!!!! 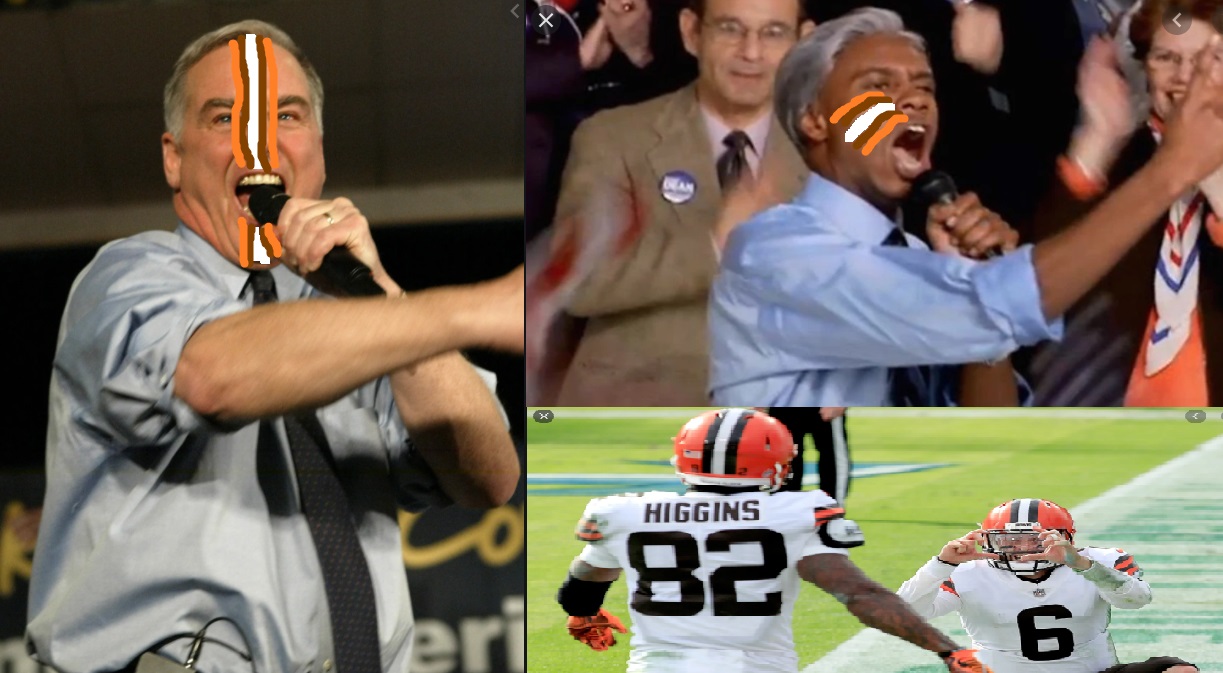 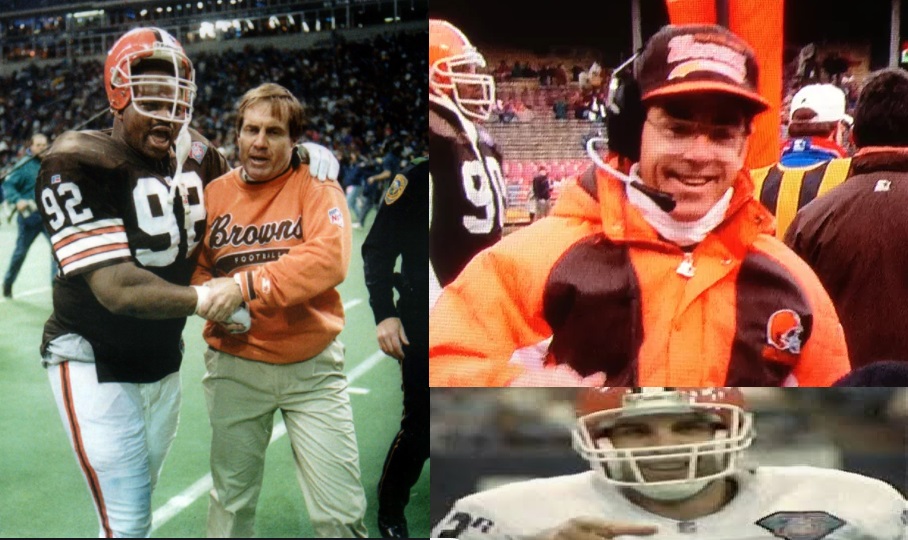 Why does THE! Kent State University grad Nick Saban always have the COVID?!?!?!?

I’m drunk on the Browns Kool Aid and purchased a throwback Starter pullover that a young Bill B used to stay warm in on the lake! 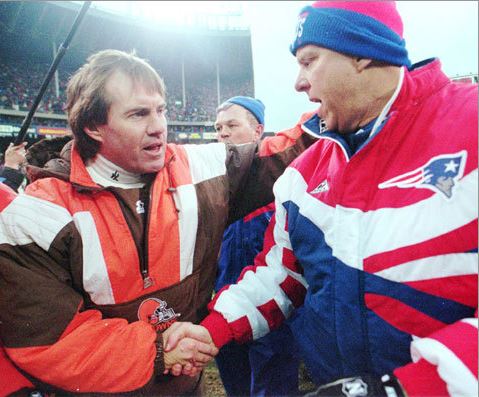 Long live the Cleveland Browns and welcome back the lot lizard of lot lizards!!! 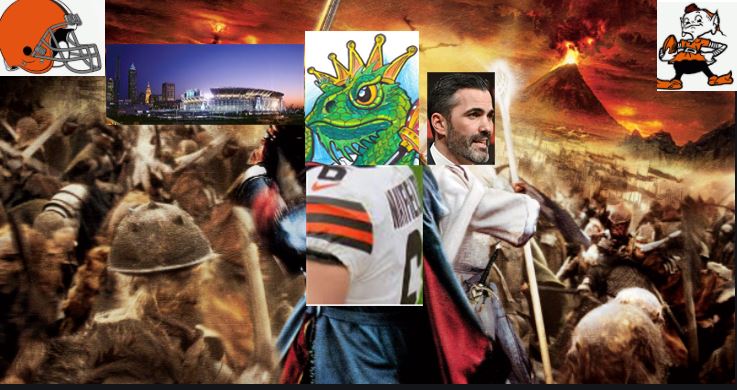 The Browns momentum percolated into FFBMCO and we have our 8 playoff teams ready to make a run. 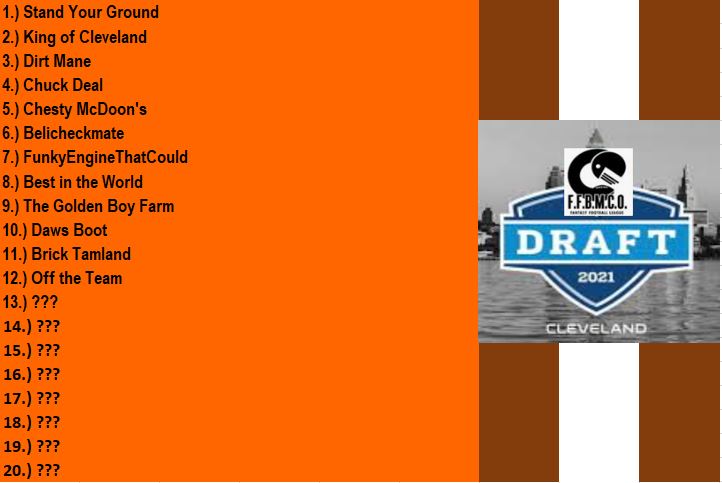 One final Hurt Heal session for us…

Week 13 HURT is so fitting as it ONCE AGAIN goes out to FFBMCO co-creator Chesty McDoon’s. 56.66. I wish Saint Nick had an extra set of hands to give your frequent HURT appearances 4 festive thumbs down.

Week 13 HEAL to Leonard Washingtons who scored the final week high of 180.02. The Leonard Washingtons squad, led by Proud Boy Nick Fischer, are feeling feisty in their first FFBMCO post season appearance. Rumor has it Nick and his troops are on a quest to right the wrong of the stolen 2020 election. That starting lineup looks to be a tough out. God bless America.

And that team is not done yet folks. After finishing 6-7 in 2019 and sitting at 10-3 this year, Leonard Washingtons are our 2020 Comeback of the Year franchise! 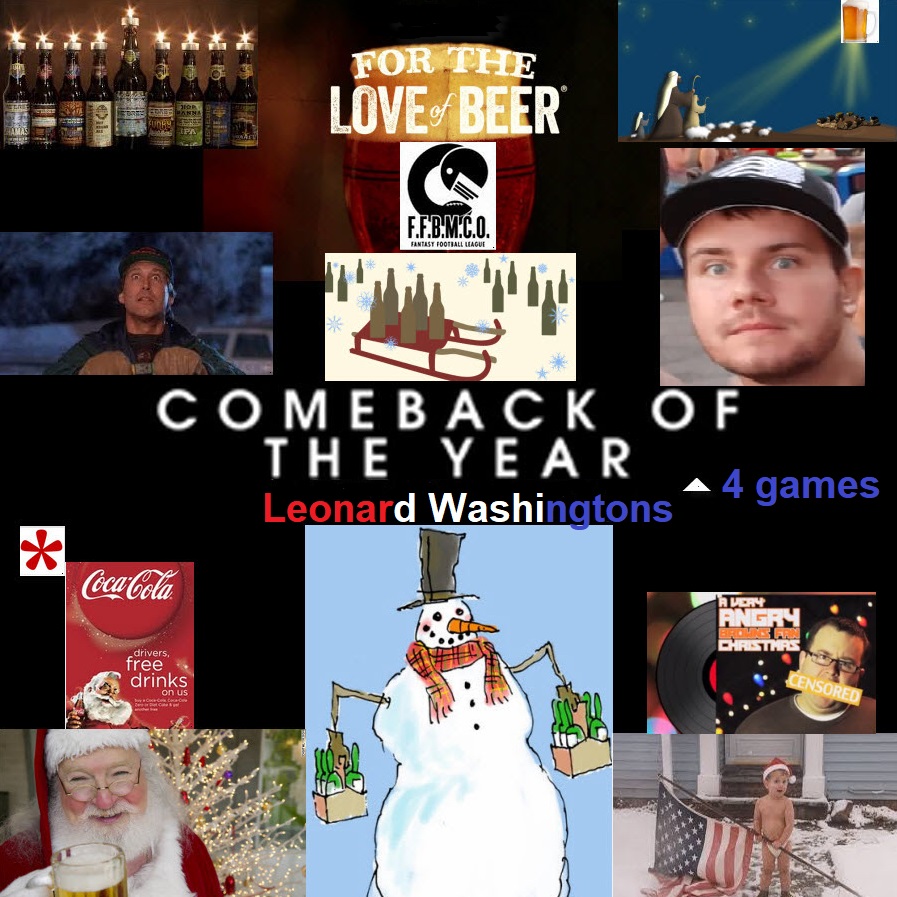 With Off the Team falling in their week 13 battle, they remained at a +4 gain as well but then Leonard Washingtons has more season points and is headed to the 2020 PLAYOFFS?!?!?!? where sadly former two time champion Off the Team has to sit at home and watch. Congratulations Nick, the nation can’t help but wonder how many texts KFII will receive as Leonard Washingtons make their historic first quest for glory…

The December DEFENSE contest was fittingly won by our newest FFBMCO member, Belicheckmate. Wil Mac, owner of Belicheckmate, likes to stuff his troubles down with brown…specifically bourbon. As such, he has elected to wish for an Acme gift card in the hopes that the state of Ohio liquor store contained within will honor it so that FFBMCO can help subsidize a tasty bottle of Kentucky magic for his holiday pleasure. Congrats Wil and once again, welcome to the league of leagues. 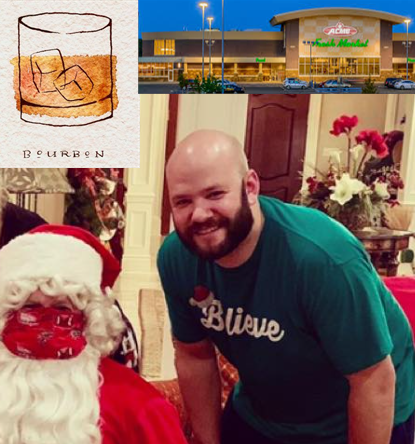 The final shakeout of season 8, right below for your convenience –

And now we are down to the elite eight folks. And as is tradition, let’s kick it off with a carol.

Playoff time is here
One champion will be drawing near
Oh, that we will always see
Such wonderful FFBMCO spirit through the year. 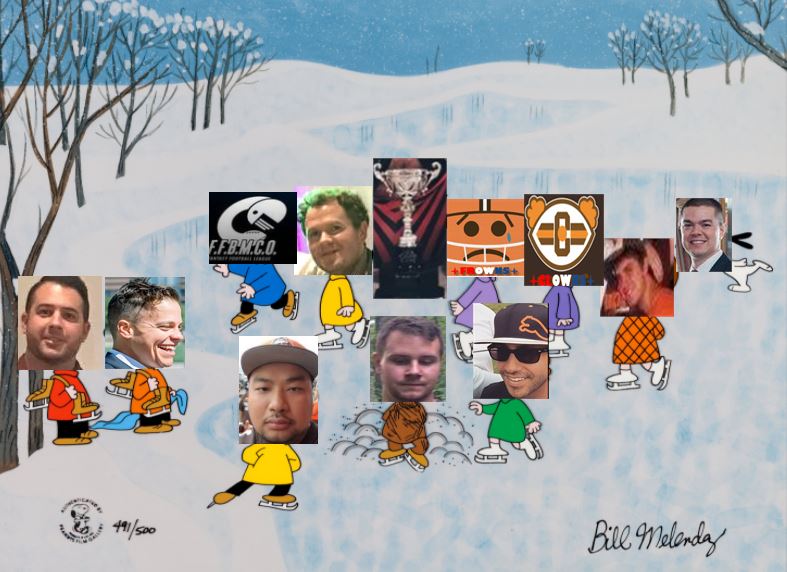 THE RETURN OF THE (LIZARD) KING