The Replacements knocked off Best in the World and FunkyEngineThatCould was victorious vs Timmy Derp’s Derpers setting up the $100 3rd place matchup.
The owners of these respective teams were once roommates. There were so controversial moments while they shared a roof including a mythic note left in the kitchen. There is no love lost between these two FFBMCO owners as Best in the World manned by GJ will square off against Timmy Derp’s Derpers managed by, well, Timmy Derp. Which Timbertop bro will put an end to this rivalry once and for all?!?! 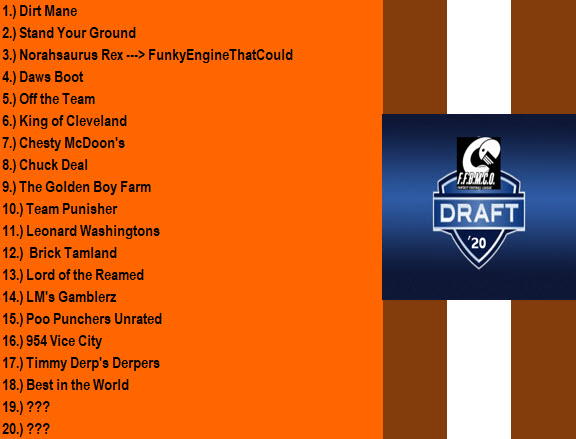 Which means, after almost 4 excruciating months of battles, two warriors have made it all the way to King’s Landing. Which one will seize the moment and BREAK THE WHEEL!? 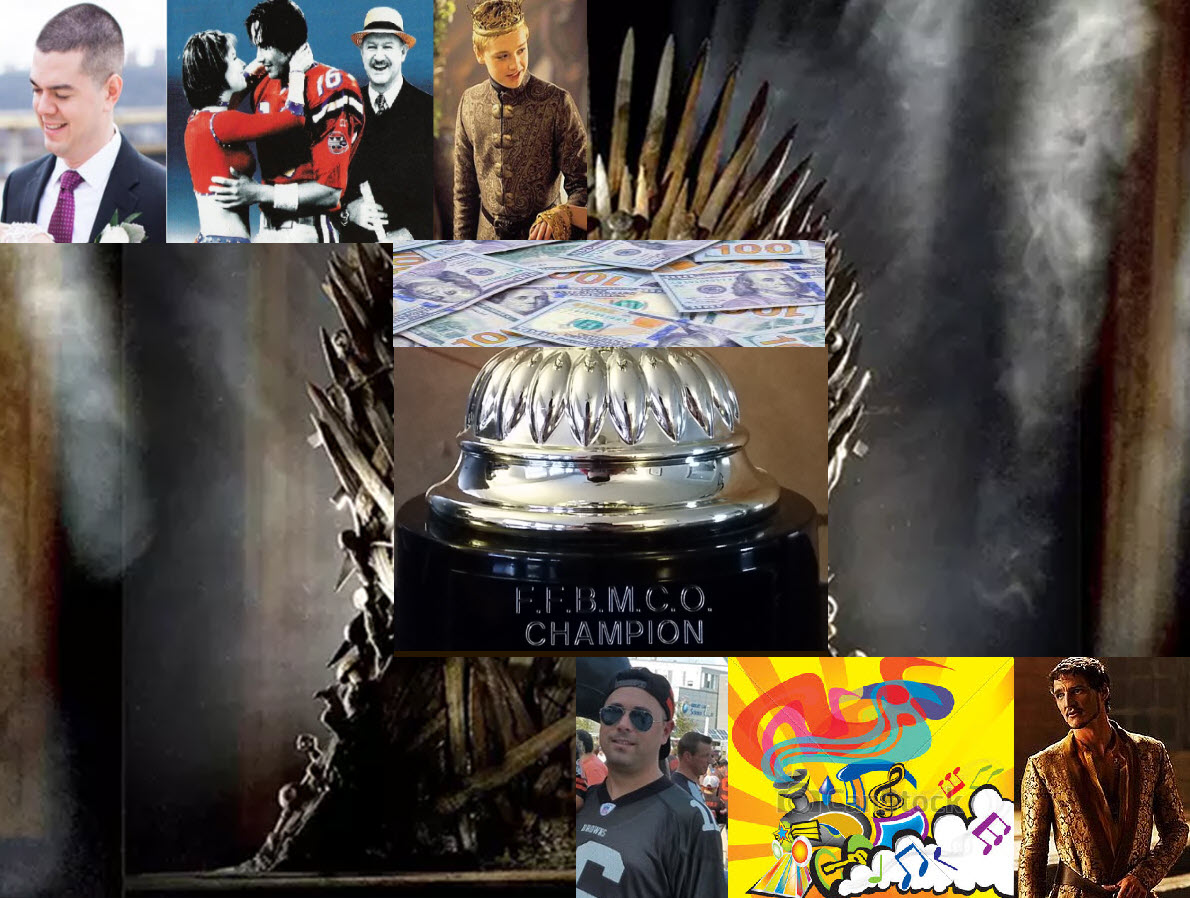 Obviously this means FFBMCO has the two franchises participating in Super Bowl VII. $600 to the 2019 champion, $250 to the runner up.

The Frowns Conference are represented by overall top seed The Replacements led by Joe K who may or may not have gotten inebriated on his league provided 12er of Great Lakes Christmas Ale for managing season 7’s comeback of the year goes toe to toe with the 2019 postseason’s lowest seed FunkyEngineThatCould of the Clowns Conference managed by Brian LL. 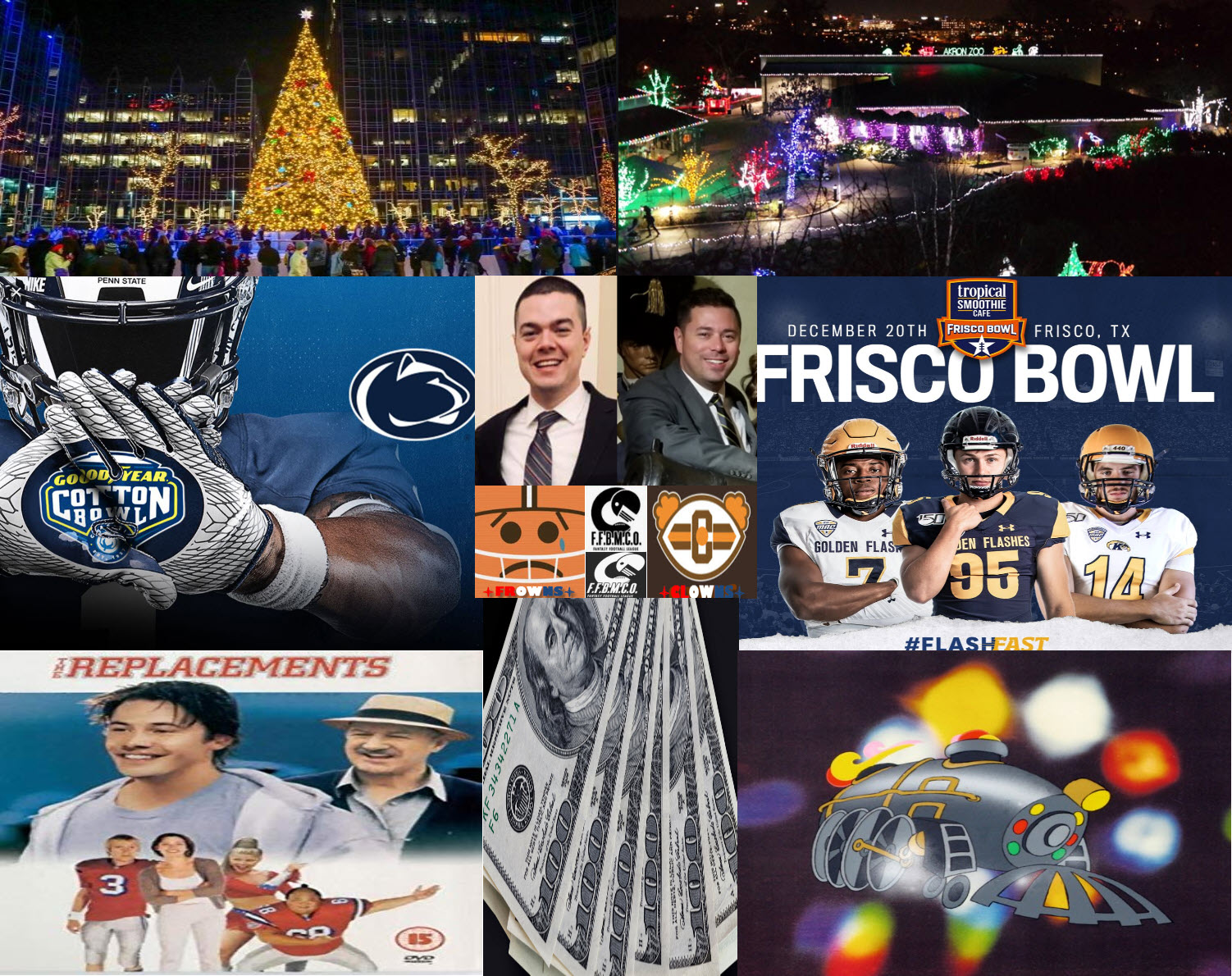 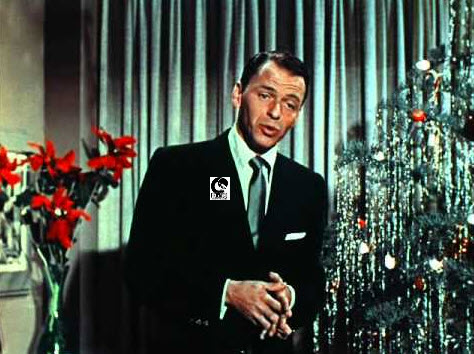 Oh, by gosh, so tight
It’s time for an FFBMCO champ fight
Tasty treaties, weeded out the beaties
Pitt & Akron covered with snow

Oh, by gosh, Replacements led by Joe K
It’s time for last minute moves to make the lineup okay
Overboozing, trying to avoid losing
From the opponent across the bracket

Oh, by gosh, it’s the Funky Train
It’s time for that conductor to remain calm and sane
Fancy trophy an’ straight cash homie
An’ eliminated owners givin a bitch or two
As we wish they whisper, “Happy Super Bowl” to you

The first FFBMCO continuation game is down to it’s final week as well. Scoreboard below: 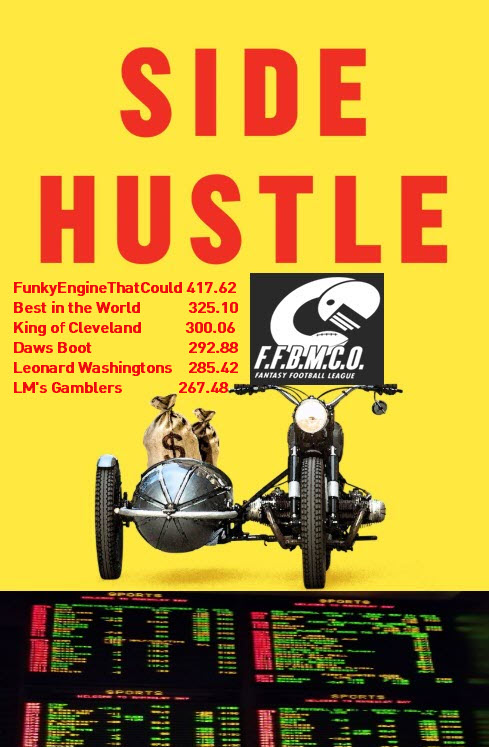 This will be the final plug for the existing poll. Half of the league has voted (7 Blessings to ya’ll 10!) and “NO” is winning. If this ruffles your feathers and you haven’t voted, login and click your mouse on the radio button.

Otherwise gang, THE TABLE IS SET. Best of luck to the participants! 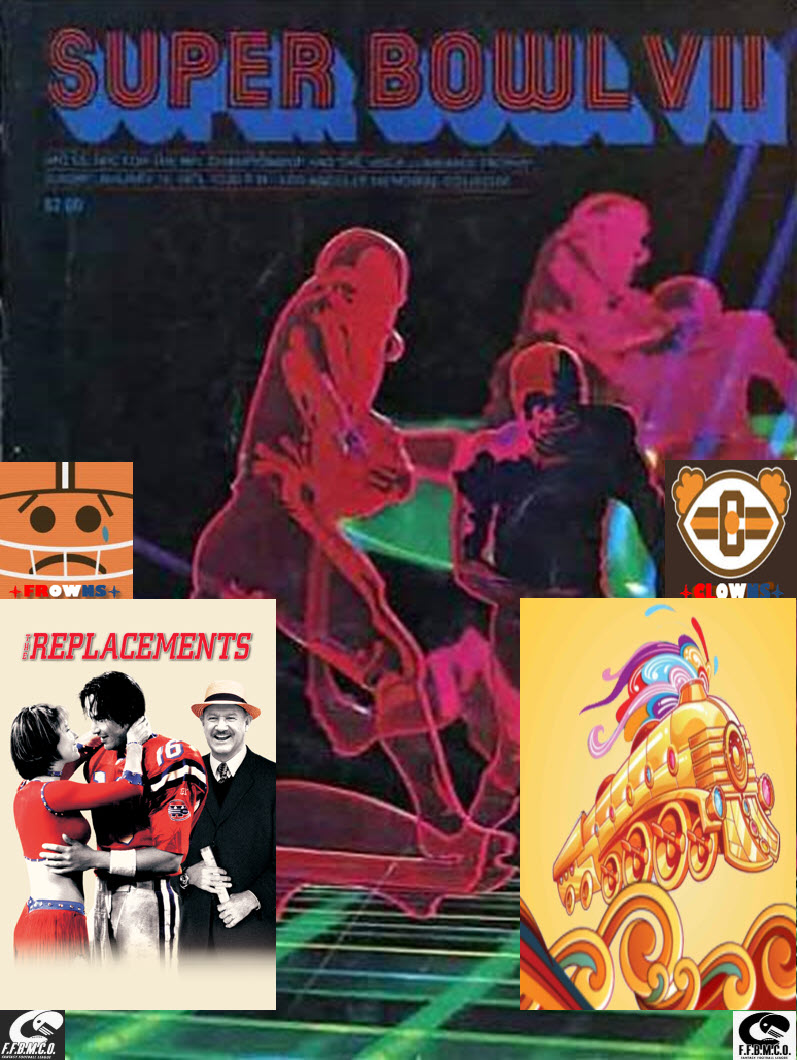