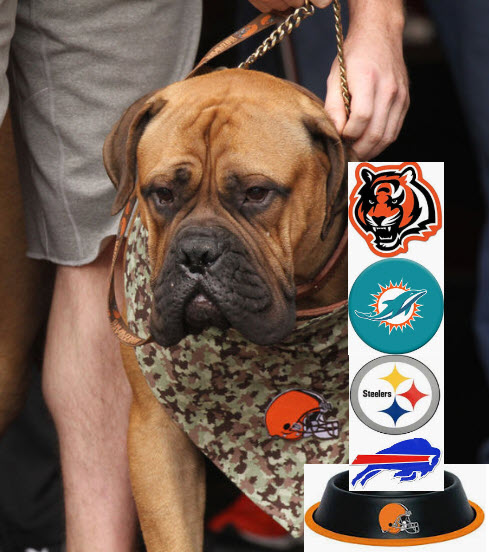 Well Swagger Jr. keeps doing SJ things. 4-0 since taking over mascot duties from his pops. Meanwhile the Browns looked like shit but still pulled out a win against those daunting Cincinnati Bengals. They only need 100 scenarios to play out including winning out and they’ll be in the PLAYOFFS?!?!?

FFBMCO opening round action was in full effect and we have cut down the field of potential 2019 champions from 8 to 4. The 2019 FFBMCO Conference Championships have arrived my good buds.

Best of luck to these final four fantasy football forces, FUCK! 7 Blessings to ya!

That means the 2020 draft order is a little more complete… 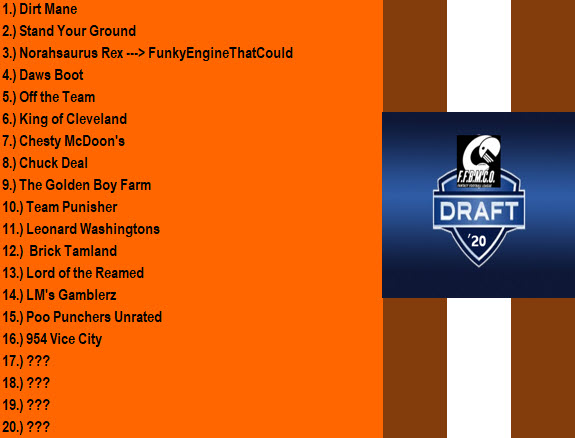 The December one-off highest scoring rostered player goes to…ALLLLLLLLLLLLL ABOOOOOOOOOOOOOOAAAAAAAAAAAAAARDDDDDDDDDDDDDDDDDDD! The FunkyEngineThatCould!
Famous Jameis Winston was still chucking the ball all over the field with no regard for human life complete with tiny fracture in throwing hand, but it didn’t stop him from piling up 456yds and 4 tuddies resulting in a total of 59.74 points, squeaking by Drew Brees’ 55.06 in the Saints/49ers shootout. 25 big ones that will more than likely be spent down in scenic Frisco, Tx during Kent State Golden Flashes Bowl shenanigans!

The first ever FFBMCO Continuation game is underway and has two more illustrious weeks of point racking up but here’s where the board sits after week 1 of 3: 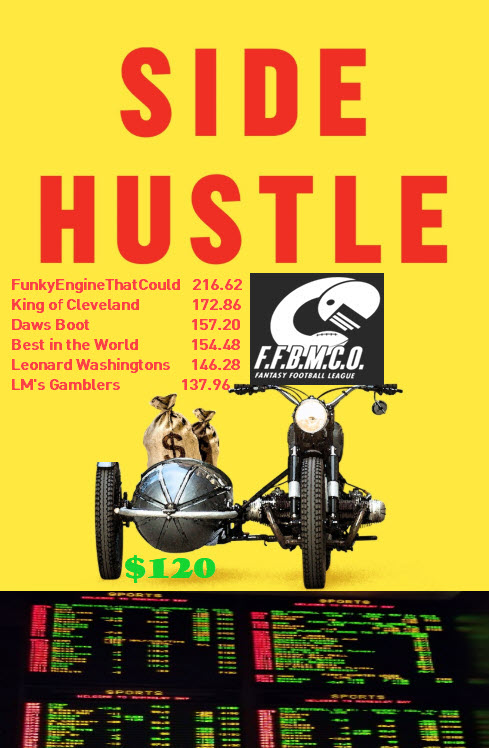 Routine reminder to VOTE GODDAMNIT!!!!!!!!!!!!!!!!!!!!!!!! 7 of 20 have voted but I know at least 10 will bitch and moan next year regardless of how the vote shakes out. Do you want the waiver process to stay the same next year? Do you want to add fake money so a team can apply an auction-like “claim enhancer” ? Vote accordingly, GAWD.