Well folks, once again we had a Typical Clowns sighting during a Cleveland Browns game. OBJ wildly kamikazied himself into a pile after an atrocious interception only to tear his ACL and be lost the remainder of this season and probably deep into next season.
Fortunately though…the Cleveland Browns finally turned Baker Mayfield into the Lot Lizard from 2018 that captured our hearts as he went bananas, tossed 5 TDs, set a Browns record for consecutive completions and ultimately won the game on a dime thrown to the young hyphenated name rookie. What a rip roaring roller coaster of all the emotions on a fall Sunday. The Browns complete the Bungal sweep. 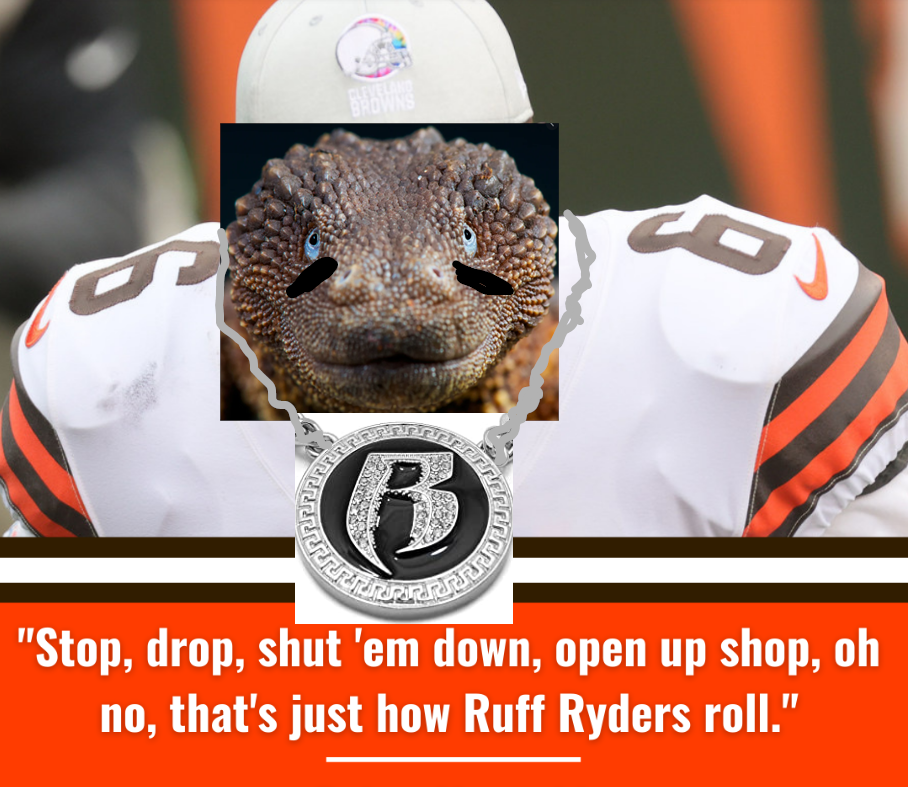 3 more trades have rolled in since last week. Please note that the 2020 FFBMCO trade deadline is November 14th!

2.) Daws Boot sends Tevin Coleman and Nelson Agholor to Off the Team for Frank Gore and Odell Beckham Jr.

Week 7 HURT goes out to Uncle Brian Crez who totaled 56.3 points. A quiet game for Pat Mahomes (14 pts), goose eggs from OBJ and Darren Fells and all other starters staying in single digits cause a trick instead of a treat.

Week 7 HEAL to Chesty McDoon’s in his high scoring shootout against Leonard Washingtons. Tyler Lockett went bananas scoring 62.5 points which led to the weekly high of 162.46 pts. Shaun has been busy trying to find a similar jacket to that Bane wore in Christopher Nolan’s 3rd Batman movie so he couldn’t be reached for comment.

We didn’t know it at the time, but the October contest was won the very first week it was eligible. Matt Cole of Daws Boot scored a 103.54 which made him the closest score to 103.1 during the 4 week contest. Pepe Silvia from the FFBMCO mailroom has assured us that your prize was dropped in the mailbox today. Congratulations!

Now that Sunday somehow marks November 1st, we have yet another Chuck Deal creation for you.
Starting tomorrow and running through Monday Night Football on on 11/30, Charlie has provided us with a “Thanksgiving Feast” themed contest:

The turkey is your QB.
Mashed potatoes are your WRs.
Green bean casserole is your RB.
Stuffing is your TE.

The best individual score from each position (which doesn’t have to occur in the same week) all summed together.
The person with the largest score wins…….

A COVID-19 era FOCO NFL sideline gaiter of the team they choose! That’s right Vanna, we don’t want any of our franchise owners catching the virus whether they believe in it or not, so when they’re out and about in the chilly weather we want them to be protected! 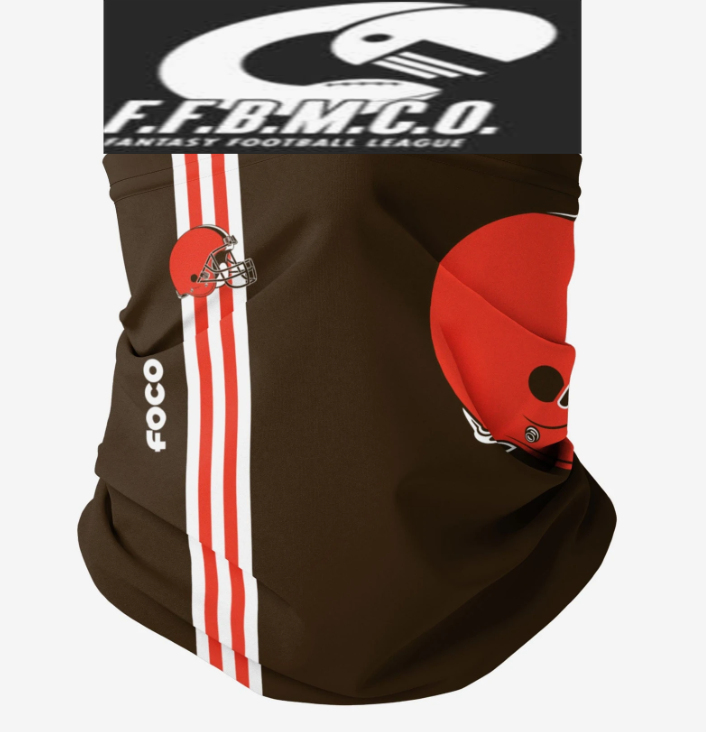 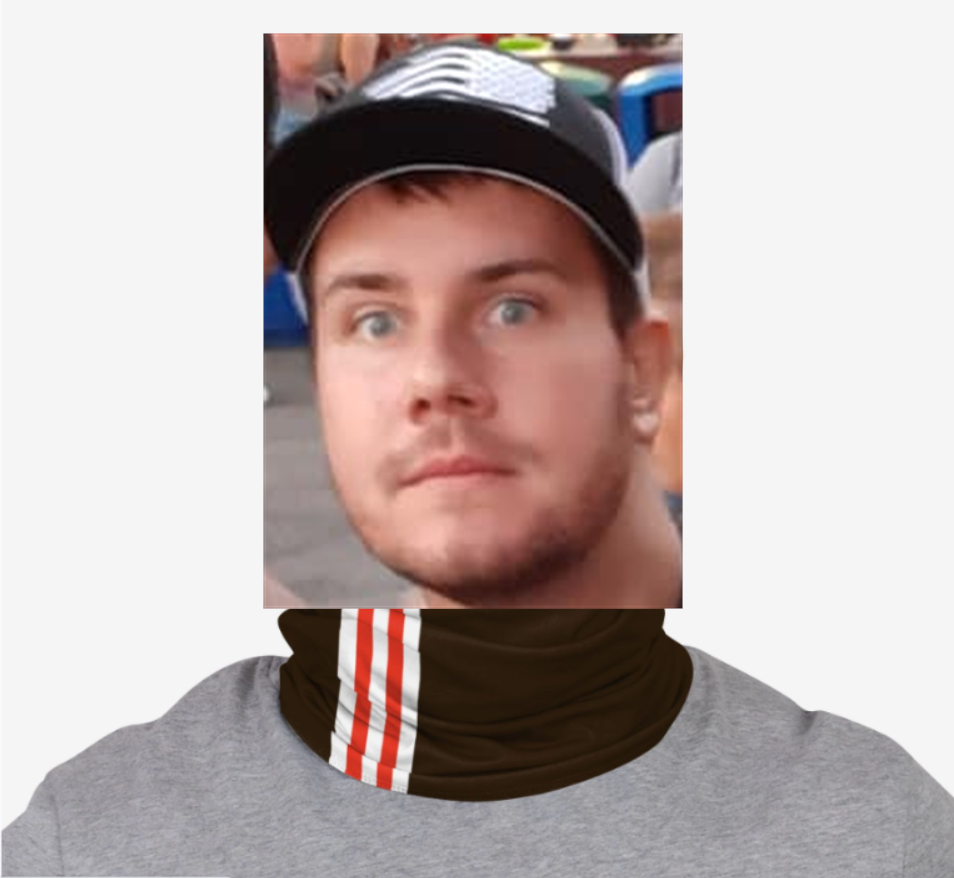 Please note that only the 4 positions (so 5 players since we start 2 WRs) will count during this contest. FLEX is not eligible. Best o’luck.

Finally, 2020’s lone unbeaten team fell. The Replacements, who had not lost since FFBMCO Bowl VII, fell to 954 Vice City. After 7 weeks, nobody is winless and nobody is undefeated. How about that?