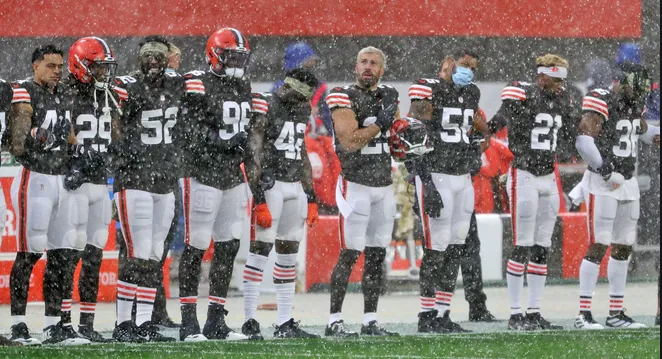 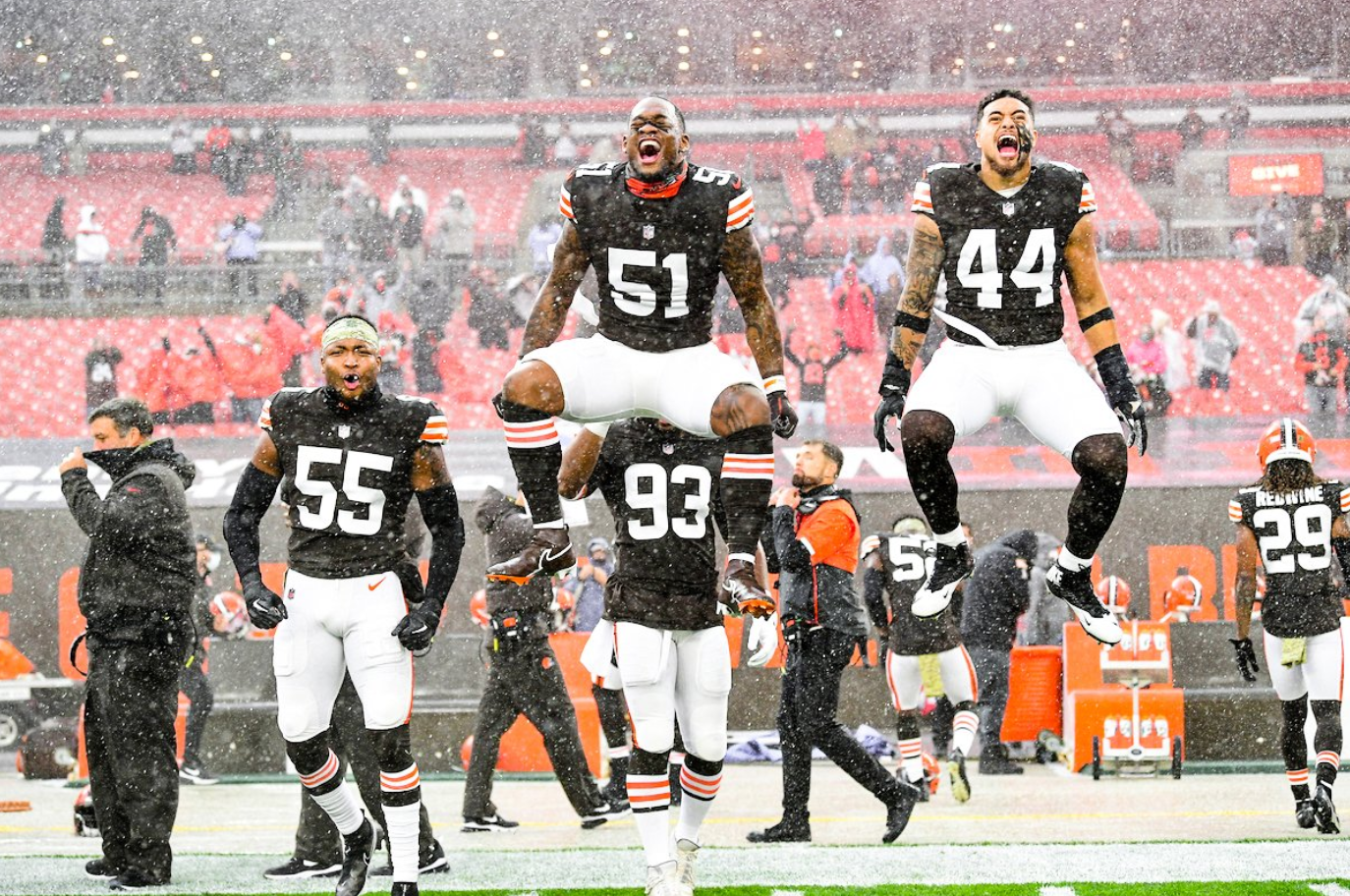 Wow. We haven’t witnessed a weather related delayed start to a Browns game in…ever??? The weather ferociously arrived just before kickoff and the 1:05 kick became about a 1:45 kick. Many innocent fans lost power at some point during the day/night. Thank the football powers for silver linings though as the Cleveland Browns defended home turf in AFC North weather by edging out our old pal Romeo’s Texans from the Republic of Texas. Not many Lot Lizard moments, but a Nick Chubb classy yet sassy (for fantasy players/gamblers) end of game run will make this one hard to forget. The Browns are now 6-3 for the first time since Johnny Football was running around like a chicken with his head cut off while wearing brown and orange. Keep those Clowns buried deep, deep below the First Energy Stadium turf and continue to take care of business.

Saturday was the last day of season 8 FFBMCO trades and boy did it not disappoint. There was a flurry of movement across the league which ARGH! CLIMAXED! with a late night blockbuster just before the deadline. Here is a recap:

2.) Poo Punchers Unrated sends his 2021 5th round pick to FunkyEngineThatCould for Wayne Gallman and the 2021 Timmy Derp’s Derpers 9th round pick which he owns from a previous trade

3.) Belicheckmate sends his 2021 7th round pick to FunkyEngineThatCould for James White and his 2021 9th round pick.

Well that concludes this years’ trades and now we make do with our rosters as is while we continuously mine the waiver wire. After another week of action, the same 19 teams are still technically alive. We hate to be the bearer of bad news but…that 19 team number will drop significantly after this batch of games. Best of luck to all of you gladiators.

Since it’s still election season as Proud Boys tresspass on to yards to steal political signs, FFBMCO would like to remind you that there is a live poll on this site. So far 20% of the league has voted, let’s try to get that bumped to 40% by this time next week. You are voting on whether or not to expand rosters. MERICA!

Week 10 HURT goes out to Chesty McDoon’s once again. Shaun Paul Herrick’s team totaled 46.62 points. SMH, the co-creator of FFBMCO has found himself on the wrong side of HURT/HEAL too often for Corporate’s liking. He will receive a stern talking to and will surely be forced to sleep on the couch.

We are halfway through our November Thanksgiving Gluttony contest and Leonard Washingtons is still leading the pack.

Have a blessed night.