Ahem.
Kindly press play of this holiday classic so the tune gets into your head. 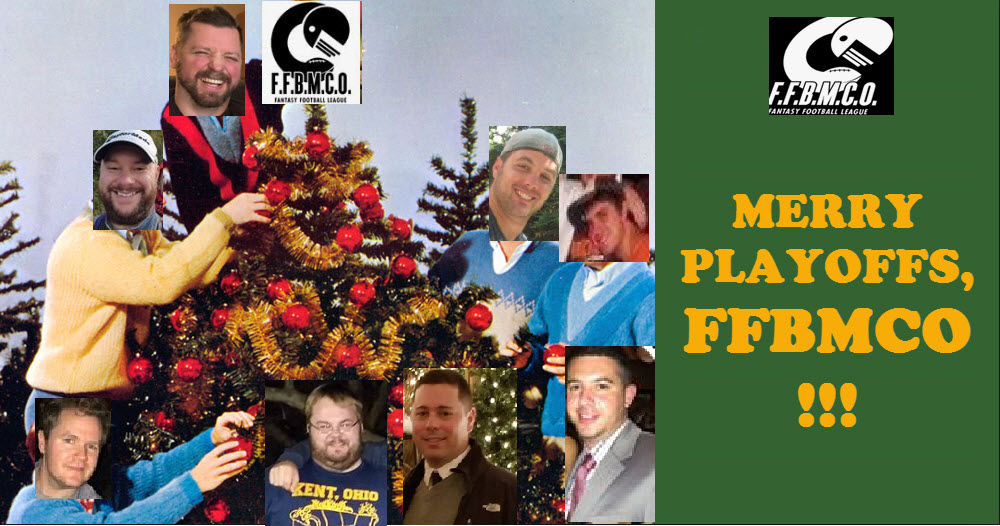 Oh way down south where the air is hot,
There’s a tale of a farmer swimming in man fluids – not snot!
He works his muscley golden boys straight to the bone,
And they can’t call for help because he took their phone!

His opponent this week is the defending champ,
LM’s Gamblerz strategizing under the casino lamp,
He made history in two thousand and eight,
But he vows to repeat to be truly great!

The Clowns top seed is owned by Chuck E Deal,
It’s his 1st time dancin, he must have all the feels,
If he wins he’ll scream DEAL but a loss is NO DEAL,
If he gets too annoying Mop will push him down the stairs on a planted banana peel!

The final seed of Clowns is the FunkyEngineThatCould,
He rests in an adult sized painted train made out of wood,
The conductor is known to say “it’s hard but IT’S DAMN REWARDING”,
Will he squash his pesky cousin and initiate Holiday family mourning?!

Now if we flip to the Frowns Conference we have a red hot group,
Off the Team plans to dispose of his competition like stanky poop,
It’s the Dutch Uncle Crez and he’s the Comeback Guy of the Year,
Due to the above he can get juiced on free Xmas beer!

He saddles up against a scrappy Outer Banks fan,
His name is Scotty-O and runs Stand Your Ground man,
He’s got the Rams two-headed monster helping rack up the wins,
If he wins the whole damn thing he chooses his champion dinz!

Now we find our last matchup on the Frownies side,
It features last years’ runner up who was so close he almost died,
That’s 954 Vice City and he is full of hate,
But he’s got a baby on the way hey man ain’t that great?!

The final contest winner of the 2018 FFBMCO season is Best in the World. GJ’s gang squeaked out their matchup 85.36 – 84.40 and Josh Rosen scored the contest low of 9.16.
Best in the World, please contact the league with what you’d like your prize to be and where to send it.

The 2018 Comeback of the Year winner is Off the Team, with the biggest 1 year improvement in the history of FFBMCO with a +9! Twelve 12 Dogs of Christmases are coming your way for a job well done! #FlashFast!

Draft order for the first 12 picks are set… 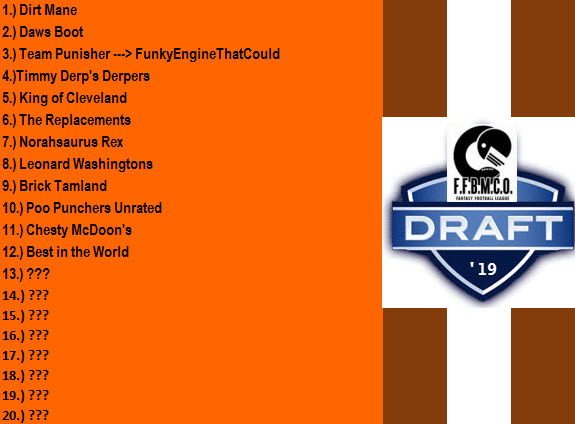