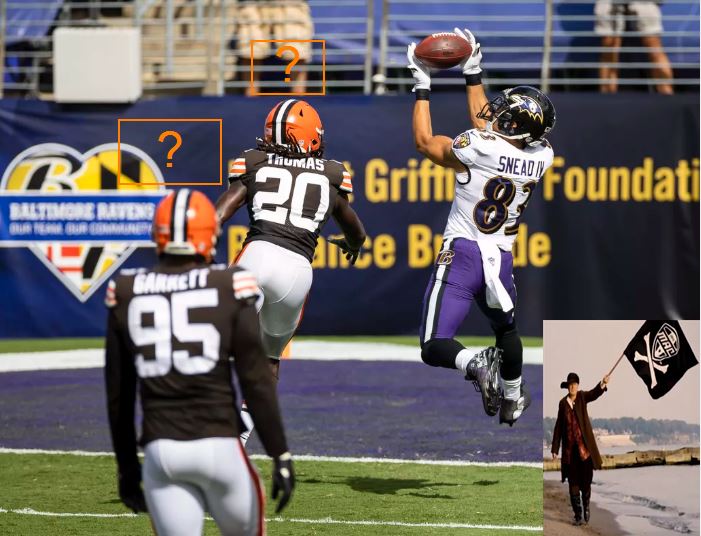 Well every offseason Northeast Ohio folks hope and pray that their football team will be the Cleveland Browns and every week 1 they are greeted by the friendly helpless collection of misfits known as the Typical Clowns. The Clowns did and didn’t do all the things that we’ve come to expect since their return 22 SEASONS AGO!!!!!!!!!!!!!!!!! MAC legend Willie Snead IV found pay dirt against our intense defense. LONG LIVE THE MAC! PLEASE COME BACK IN THE SPRING!
In short, the Typical Clowns suck and no positive Clowns bets were made for the first time in a long,long time. ARGH, C U Next Thursday!!!!!!!!!!!!!!!!!!!!!!!!!

FFBMCO’s 1st week came and went in the blink of an eye. Season 8’s September contest (weeks 1-3) is off to a fine start and of the 20 teams, only 2 played their optimal lineups. We have a tie between defending Frowns Conference champion The Replacements & the hot up and coming team led by none other than Nicky Fish Flash himself the Leonard Washingtons. Two PNC bros who are now officially division rivals in The Fumble. This is still anyone’s contest with 2 weeks left to go. Not mentioned previously were tiebreakers. Tiebreaker #1 will be record during the contest. Tiebreaker #2 will be accumulated team points during the contest. Just as a refresher, the prize is a custom Nike Dri-FIT polo.
Hey now, hey nowwwww, don’t dreammm it’s (not) overrrr.
Hey now, hey noww
when other fantasy leagues come in
they come, they come
to build a wall between us
we know they won’t win.

HURT goes out to StandYourGround for mustering up the smallest amount of points (68.9) in week 1. Scottie 2 Hottie actually runs his own fantasy football league. I hope he knows where his allegiances lie…

HEAL goes out to the king of making sure everyone is doing their work while clocked in, the Tri State Hate bro from south Florida, Nick Haithcock and his strong 954 Vice City squad who dropped the high of 148.96 points. 954 has gotten so close to glory a few times but has never quite made it over the hump. Is this the year? If not I think he’s putting the other 19 owners on his fraud.xlsx sheet.

We are off gents, best of luck!

One thought on “WRECKED BY RAVENS”